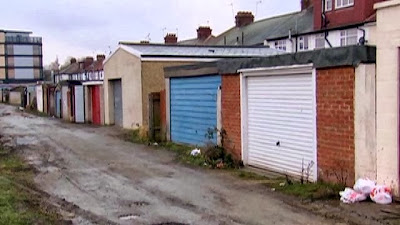 Do the Tories really know what they are doing with their so called "affordable rent" housing policy? Do they realise they are going to force many London workers to life long poverty and dependency on state benefits?

Even in Newham which traditionally is one of the most inexpensive boroughs in London to rent or buy.

The policy which is being enforced by Tory Mayor, Boris Johnson across London requires nearly all new social housing and re lets of many existing homes to be at an average 80% of market rents.

This is to make up for the slash and burning of capital grant aid by this Government to subsidise the building of new homes.

Leaving aside for the moment the short term idiocy of not building new homes when we have a massive housing shortage and need to increase economic demand in the economy.

An one bedroom Council home in Stratford, let at a so-called "affordable rent" (80% of market) is still a staggering £191 per week. Council tax for Band B property is £19 per week (£974 a year). So total housing costs of £210 per week (figures Newham Council).

If a worker earns a London living wage (£342 gross per week) how would they live and pay the rent? After tax and national insurance they will be left with £287 per week. After housing costs of £210 per week they will be left with £77 per week - before you take into account travelling costs, fuel, clothing and food etc. The Taxpayer will have to step in to give housing benefits and/or tax credits especially if they have children.

Of course many workers in Newham don't even get a living wage and try to survive on the minimum wage of £248 per week. (£223 after tax and national insurance).

If they had a traditional social rent (around say 45-55% of a market rent) at £85.56 per week then they would at least have the chance to pull themselves out of poverty.

For better paid workers who cannot afford to buy then 80% of market rate is of course better than 100% but unless there is a subsidy to enable rents for the low paid to be at a social level then you are just condemning the vast majority of low paid workers to a life on benefit dependency.

(picture used in recent BBC "Beds in Sheds" programme. The new Tory "Barracks for the Poor"?)

But it's Newham Council choosing to charge 80%. They don't have to charge 80% but can charge up to 80%. You can blame the Tories and coalition all you want but not for a rent level set by your council.

I do like your line on the Tories condemning people to poverty and dependency. 17% of Newham never did a day's work in the entire 13 years of Labour rule. Hang on, blame the Tories for that one as well.

Nope, you are incorrect. Boris has the capital money for social housing and is enforcing the 80% - see recent spat with Islington.

There is flexibility, so Newham will be charging less 80% for 3 beds but you have got to accept that in London if you want to stop people being dependent on benefits then someone has to subsidise the rents.

Newham could do nothing and not build I suppose? Is that an option? No, of course not.

If you are happy for the low paid to remain on housing benefit in poverty all their lives then just carry on.

The structural long term unemployment in Newham and East London generally is due to the near destruction of the British manufacturing base under Thatcher and the Tories. We are hopefully pulling out of this despite the current government.

That's incorrect John. It is up to 80% and that fact stands. Up to 80% is the standard employed by the GLA and also by the Homes and Communities Agency outside of the capital.

Schemes are being submitted to both the GLA and HCA which are not all at 80%.

Considering over the last 15 years the demographics of Newham have completely changed since the last industrial bastions of the docks shut in 1982 I don't see how you link the 17% long term unemployed under Blair and Brown to Mrs Thatcher. Nice try though.

As I said above anon there is some flexiblity and in Newham we are charging a social rent on some 3 bed new build but the Tories are demanding that rents are raised up to 80% in order to get any chance of the (much diminished) grant aid and the maths will just not work unless there are sufficient new and void tenancies charging 80%.

This is I think an indisputable fact that you need to get your head around - The only way you can get rents low enough for the low paid in London to afford without being stuck on benefits all their life is if there subsidy for a home when it is built.

Yes, Newham has changed but there is a significant number of residents (over a third?) who are long term. Newham use to have full employment. You didn’t need to stay on at school because your father or uncle would get you a job at their workplace. The jobs were often unskilled, dirty, physically exhausting and dangerous but you could get work without qualification or skills.

In the de-industrialisation by Thatcher these jobs largely went and there was very little to take their place if you did not have the qualifications or experience. We have had structural unemployment - sometimes across generations ever since. This is changing due to better education and skill training.

Yes, Labour should have done more when in power for these people and I hope and expect a future Labour government will do so.