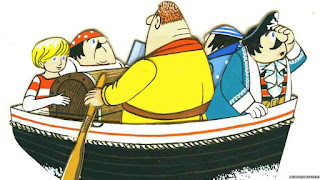 I'm on route to Labour Party conference and still fuming from yesterday’s news. Metropolitan Housing Association has announced that its former CEO, Bill Payne, was paid £412,000 last year.  At the same time as its front line care and health workers have been threatened with 30% pay cuts. According to Inside Housing this is the biggest ever payout. He was only in post for 4 years.

Staff who care for the disabled and mentally ill are going to be paying the price for this greed and incompetence. Who on earth agreed these terms? Ironically Metropolitan are also planning to reduce redundancy payments to near the legal minimum. Someone over age 41 on £20k would get say £2000 if laid off, Payne gets £209k. One law for the Directors and another for everyone else.

This is a registered charity that is even planning to sack full time workers in order to employ part timers at rubbish money since they could have their wages boosted by Government tax credits. Such behaviours are simply vile in any organisation but this is not G4S but one which claims to be “socially responsible”. Ed Miliband talks sense about “Predistribution” and increasing the pay of the low paid.  Labour must oppose this race to the gutter.

This is all just unbelievable and shows that some (not all) Housing Associations are completely out of control, ungoverned and corrupted with rotten practises. This is destroying the reputation of the whole sector. Lets fact it, many remuneration committees are just "mates clubs". Advised by consultants who know they have stuff the mouths of their clients (the Senior Management team and Chairs) with money or they will be fired. How can the excuse of always being in the top 25% quartile of pay not be anything but a means to ratchet up SMT pay?

For a while now I have been going to Labour Party conferences and asking first Labour Housing ministers, now shadow ministers, what are they going to do about poor governance and excessive executive pay in Housing Associations?  This year I hope lots of delegates do the same. Enough with the waffle. No government or Council money nor contracts should be given to organisations who act in this way.  We need a commitment to properly regulate and democratise associations by the next Labour Government.

Picture is of Metropolitan SMT on beano.
Posted by John Gray at Saturday, September 29, 2012

This has been going on for ages both in the public and private sector.

These CEOs keep taking over competitors, to grow bigger and then demand higher salaries. It about pure greed.

Housing Associations estates blight neighbourhoods with crime and disorder (and I speak from personal experience).

I am an employee of Metropolitan, working in care and support. We are currently undergoing our second round of 'consultation' in 3 years which will result in me seeing my working hours increased from 35 to 37.5 and my wages decreased from 27k to 20k. We have not had a cost of living increase for 4 years.

Thanks for all your good work Mr Payne.

Not all anon. There is bad housing management in all tenures. The real underlining problem is the poverty and the deprivation.

It’s not over yet by a long way. Are people up for a fight?

Can you email me? getting a different message from rest of group?

I know you wrote this piece two years ago, John, but I hope Metropolitan is still on your radar: it is a shoddy outfit, and it should be broken up and all the managers sacked. It treats its tenants in a shocking way, it fails to deal with anisocial behaviour, it fails to respond to complaints and it takes rents but gives very little in return. It doesn't care about its tenants at all.

Still on my radar anon