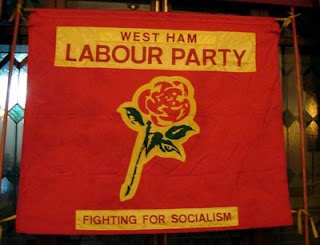 Just back from General Committee (GC) meeting of West Ham Labour Party. At which this motion was passed unanimously.

“West Ham Labour Party welcomes the call from the TUC to help organise a National March for A Future That Works on Saturday 20th October 2012.

We agree to work together to maximise the participation of Newham Residents, employees, Labour Party members and affiliates to this event as we did for the 26th March 2011 TUC march for the alternative.

We welcome the TUC publication “Austerity is Failing. We Need A Future That Works” and recognise the need to ensure that in the next General Election a government is elected that will implement an alternative economic policy, to deliver that Future that Works".

Newham trade unions and Labour Councillors have agreed to produce a joint leaflet and organise stalls in Stratford and Green Street to publicise the March. Also we will be organising a Newham meeting point for residents and Labour Party members who want to travel to the starting point and march together. Details to follow.