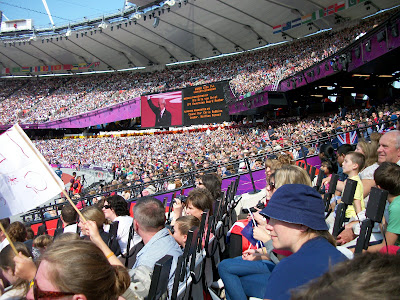 I got a message last night from a UNISON colleague who was at the Paralympic Games yesterday and witnessed Tory Chancellor George Osborne being booed by the crowd at the stadium.

It was also reported that Prime Minster Cameron was also booed while former PM Gordon Brown was cheered and clapped when he appeared.

The public cheered Gordon Brown? That moron should be exiled off in the Sahara desert.

The mob have short memories. Gordon Brown was the baffon that drove our economy to the ground.

it appears that the Great British public has much better opinion about Brown!

I think I prefer their opinion than that on anon troll.

Our economy was driven into the ground by so called free markets and saved by Brown.

Free markets economics are now trying for the second time to destroy our economy.

One person’s cut is another's income.