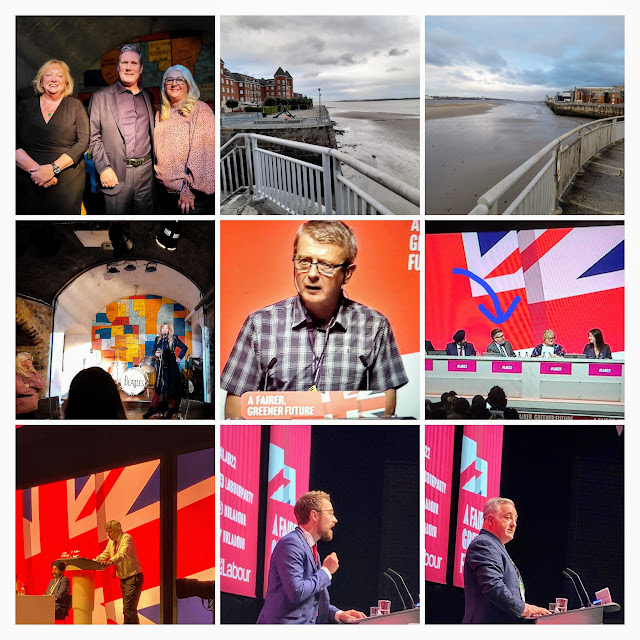 I have just realised that I still have 2 more days to post on this year's Labour Conference. So Tuesday started off with another short run along the Mersey and back from my hotel. Weather was kind compared to Monday. The UNISON delegation started with a "huddle" on the day's business just before the start of conference.

As posted here I spoke on the Climate change/environment debate on behalf of UNISON but by coincidence, Newham Labour member Ken Penton moved the motion  while his colleague Luke Chartist (also a PPC) spoke. At the same time James Asser was on the NEC panel.

There was many good conference debates and Keir's speech went down so, so well. We are starting to believe we can win at the next General Election and he will be our Prime Minister. The Tories, of course, were helping by doing every single thing possible to make our conference successful with their ridiculous unfunded tax cuts which sent the pound plummeting and raised interest rates.

After conference finished I went to the UNISON reception, were our deputy leader, Angela Rayner (UNISON's own of course) came to see us and gave a great speech followed by Keir who also spoke very well and stayed chatting to delegates and enjoying the event far longer than his aides had wanted.

Only one more (half) day to go.