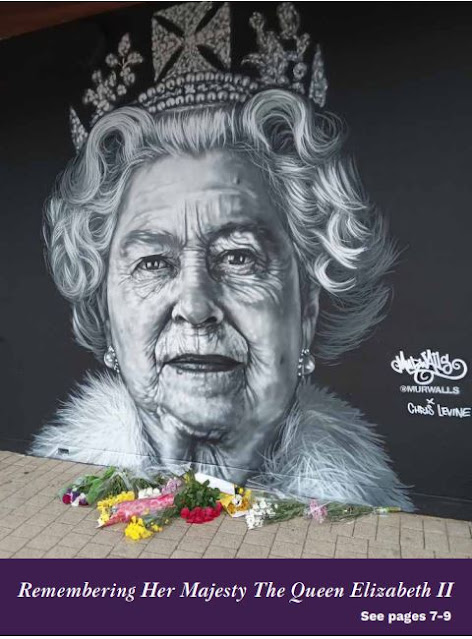 Check out and subscribe to the latest edition of Newham's Independent Community paper. Page  1 & 7.

"School turns to street art to mourn the Queen

The death of the Queen which led to a wave of sadness among many in Newham, particularly children, prompted Julie Carver, a teacher at Gainsborough School West Ham to organise a special artistic legacy for the monarch.

The day after the Queen died she contacted street artists MurWalls and asked for their help. The result was this mural of the Queen donated to the school by UK based Canadian artist Chris Levine is best known for his “Lightness of Being” a feted portrait of Queen Elizabeth II (1926-2022) with her eyes closed.

The school’s mural is a picture of the Queen with her eyes open and in Mr Levine’s distinctive style.

Children laid flowers at the mural and people were able to write messages of condolence in a book on a table draped in the Union Jack. MurWalls Ltd, Street Art since 2019, info@murwalls.com"