On the knocker (again) for Labour in West Ham 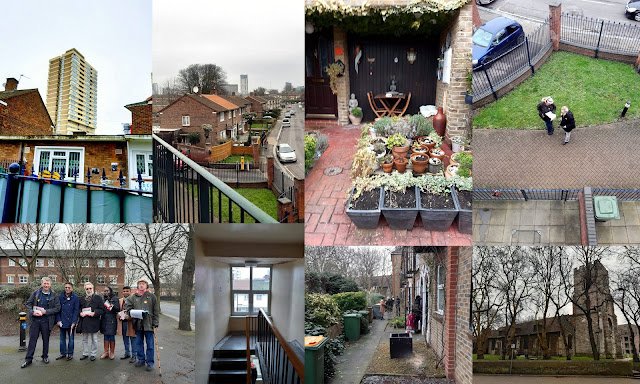 Yesterday, with Councillor colleagues and local party members, we were back canvassing for Labour in West Ham ward.  In May, Sadiq Khan is re-standing for London Mayor and we have to re-elect the London Assembly. Unmesh Desai is also re-standing for the directly elected City and East London seat.

Newham is a rock solid Labour borough and we have to get our vote out in May. Since the election is by proportional representation every vote will count.

The reaction from residents was pretty positive. Apart from one couple who said they had given up voting since "politicians don't keep their promises". I didn't manage to change their minds but they may be coming to see me at my surgery for advice on problems with their landlord (Peabody Housing Association).

On resident explained that he had not voted Labour for the last few years since he was a firm Brexit supporter but will now probably vote for us again. Result. I also came across a Party member who was voting for Keir Starmer as Labour leader.

I picked up some Council case work, a home with a blocked kitchen sink (which I was shown and was clearly blocked) but the tenants had a letter saying that they will have to wait until 6 February to be unblocked.

A new resident who was Italian and had recently moved into West Ham invited me into his flat and insisted (I thought) that he showed me around all the rooms in his flat. I thought at the time this is unusual but he must be very proud of his new home. It was only afterwards that it dawned on me that his English was not very good and he probably mistook what I said when he opened his door and may have thought I was from the Council coming to inspect his rented home.
Posted by John Gray at Sunday, January 26, 2020