Angel Pond: Then and Now 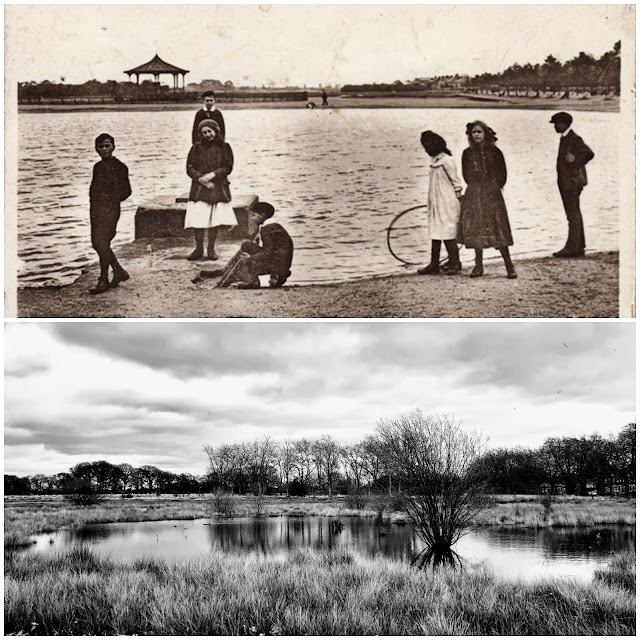 This morning I started yet another New Year's Resolution to get fit by going for a jog around nearby Wanstead Flats. Less than 50m from the start of my run is "Angel Pond" seen then (early 20th century) and now in collage above.

It was named after the first ever West Ham Council Engineer,  Lewis Angell, who was responsible for its construction in 1893/94. It used to have rowing boats for hire and a bandstand. The fascist leader, Oswald Mosley, used to speak from the bandstand during weekends in the 1930s, nearby was the local headquarters of the British Union of Fascists in Woodford Road. He would have had a lively reception from anti-fascist locals.

The bandstand caught fire and was replaced by a circle of trees which you can see in the bottom photo. Angel pond is looking very full at the moment due to recent rain but the plan by Epping Forest is for it to be an aquatic nature reserve that is a pond in the winter but marshland during the summer.

Hopefully my resolution to get fit this year will last longer than it usually does (which is not very long but fingers crossed).
Posted by John Gray at Sunday, January 05, 2020