Lewis in the morning on ReviveFM 94.0 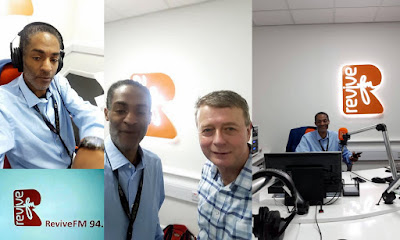 "This Morning on "Lewis in the morning" Breakfast Show on Revive FM 94.0,  Cllr and Deputy Mayor for Housing, John Gray attended the Revive FM Studios to answer questions asked by residents of Newham about the housing situation, the Labour party and his humble beginnings as a trade unionist son in Wales to his current role as Deputy Mayor for Newham.

He spoke about the past, the present and the future of Newham and how Newham can be a beacon to the country on how a Labour government in power would look like, and how co-production and community wealth building is taking firm roots within Newham with some positive outcomes already.

Check out ReviveFM website thus weekend for more information and audio of this ground-breaking interview. www.revivefm.co.uk.

(Many thanks to Tony for the interview and his kind words)
Posted by John Gray at Wednesday, January 15, 2020