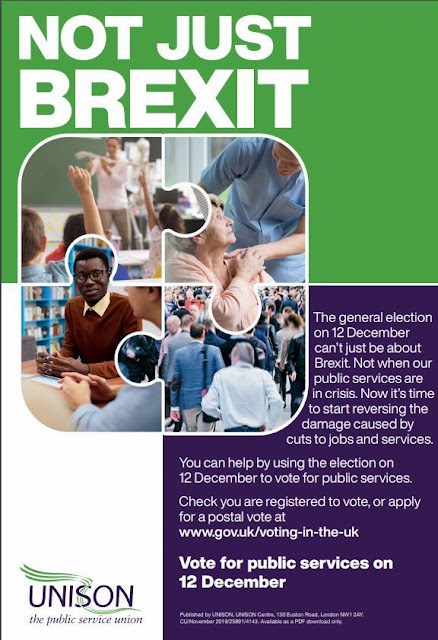 "One month from now, we'll be going to the polls. We'll elect a new parliament and maybe even a government that will be there until May 2025. While we're still going for growth in November to make our voice stronger, we're also starting to gear up for the election.

So we’ve produced an activists' guide to campaigning in the general election, which can be downloaded below. Two printed versions are also being sent to each branch. There’s also a general election poster for members (pdf only) and a postcard for members – 10,000 copies of the postcard are being sent to each region in England and Wales and more can be ordered from shop.unison.site."
Posted by John Gray at Thursday, November 14, 2019