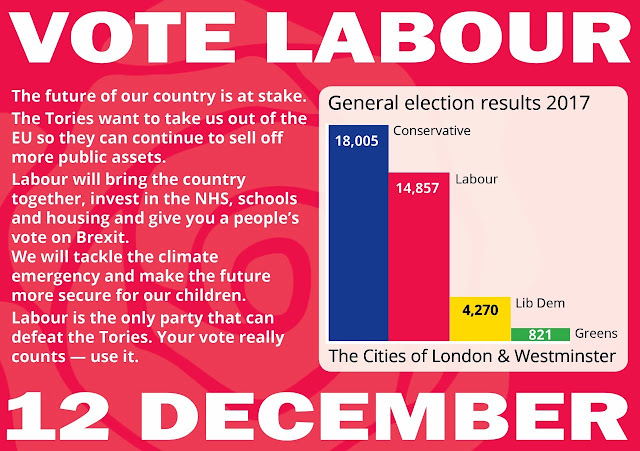 Shami Chakrabarti and Kier Starmer will be supporting new candidate Gordon Nardell at the launch,

Later that day there is a "Big Unions Campaign" in Chipping Barnet starting at 1.30pm. Meet at Chipping Barnet Library, 3 Stapylton Road, EN5 4QT. Trade union lawyer Emma Whysall is the candidate who only lost out by just over 300 votes in 2017

As you can see from images both Cities and Westminster/Chipping Barnet are winnable marginals. We need to win all our marginals to elect Jeremy as our Prime Minister and form a Labour Government. Some marginals will be won or lost by a handful of votes. Do not allow Boris Johnson to win by failing to campaign in our marginal seats. 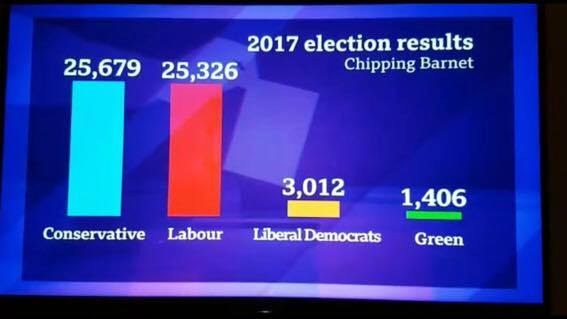 John...you are helping to build this party...? Lord Blunkett has described his “despair” at the “anti-Semitism and thuggery” in the Labour Party and suggested Jeremy Corbyn is on course for a 1983-style drubbing at the polls.
The former Labour home secretary said the party is “plagued by intolerance and division” which made the chances of a Corbyn majority “extraordinarily slim”.
How can you campaign for this?

Ken Clark a former Tory Chancellor of Exchequer and Michael Heseltine, a former Tory Deputy Prime minister - all refusing to vote for Conservatives? Tory candidates calling for people on benefits to be put down, wreaking rape trials etc

All political parties have feet of clay.

Labour has messed up badly over anti-antisemitism. But the worse day in any Labour Government is far, far better than the best day in any Tory government.