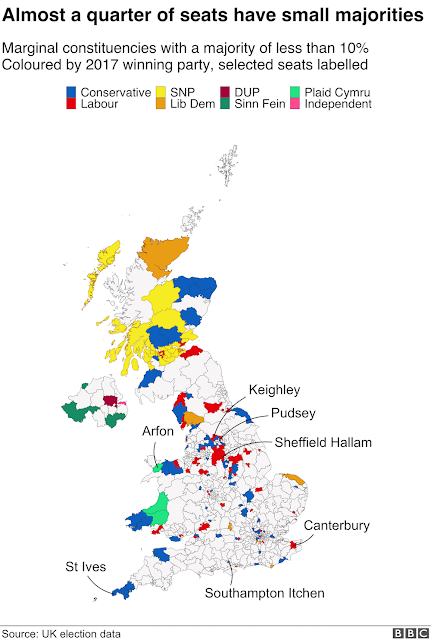 (Hat tip BBC news. My take is we have to win in the marginals or the Tories will win and we will not have Jeremy Corbyn as our Prime Minister)

"A striking aspect of the 2017 general election was that the result in lots of constituencies was very close.
The normal working definition for a marginal seat is one where the majority is under 10%, which usually means under about 5,000 votes - although that does depend on turnout and the size of the constituency.
Then, within that group of seats, there are the ultra-marginals: places where the majority is under 2% - about 1,000 votes.
In 2017 there were 51 of these ultra-marginals - considerably more than in previous elections. In fact there were eight seats with a majority under 50.
All those will be hotly contested. The Conservatives will be hoping to win back some of the seats they lost last time - like Canterbury, Keighley and Kensington - while Labour will try to take seats where it got within a whisker - such as Arfon, Pudsey and Southampton Itchen. 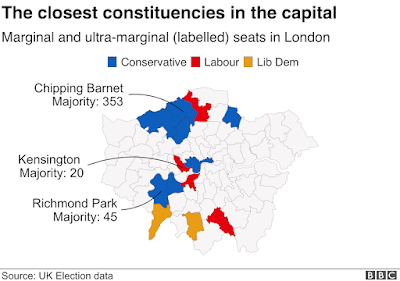