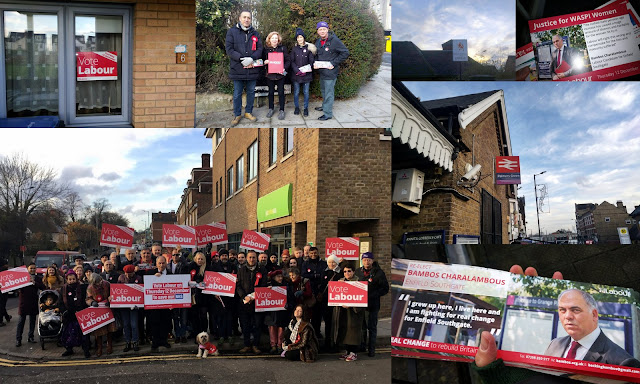 This afternoon I joined Labour Party and UNISON comrades at Palmer Green station to support Bambos Charalambous, to be re-elected for the Labour held marginal seat at Enfield Southgate.

There was a really good turnout of activists outside the station and I went on the campaign trail with retired UNISON national officer and Enfield Councillor Mary Maguire.

I have known Bambos for a number of years (long before he became an MP) and he is one of the most decent and dedicated politicians I have ever met.

(Check main picture front for a little dog in a red coat. Cara has competition!)
Posted by John Gray at Saturday, November 30, 2019