Labour and Capital - A Left Platform 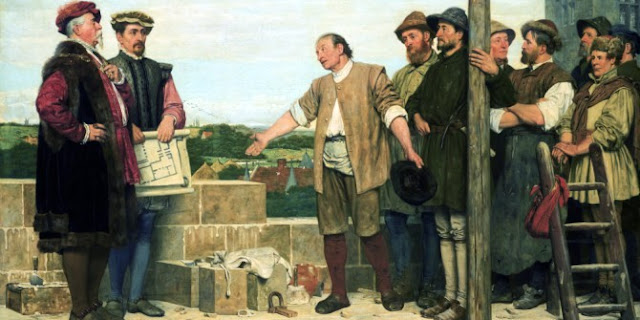 "It's election time. I'll have a look through party manifestos when they're out to pull together policy commitments that are relevant to this blog. In the meantime, here are a few rehashed thoughts about what I'd like to see as a Left platform.

1. Employee representation at board level.

The Conservatives' botched reform in this area has left the door open to further reform. As the failure of most companies to appoint employee directors shows, this is not going to be achieved through 'comply or explain', especially when some asset managers will likely lobby against. So legislate for it. Minimum of two on each board.

This is straightforward, but important. As I saw someone comment recently, Section 172 as it stands actually made shareholder primacy explicit, even as it was pitched as 'enlightened shareholder value'. Check out the previous version (which put employees on a par with shareholders) to see how it changed. I am comfortable with the idea that the duty it simply to promote the success of the company, taking account of all stakeholder interests. If you don't think the current version is a problem, have a read of some justifications for exec pay and tax avoidance that prey Section 172 in aid.

Pretty obvious that the big battle over the future of the firm is about different claims on resources. Pre-distribution got a bad press when Ed Miliband floated the term back in 2010-2015 parliament, but the idea is a sound one. Ensuring that labour gets a fairer share up front, rather than relying heavily on transfers, is likely to be much more politically durable. This suggests enhanced bargaining power (so let's make it easier for workers to form unions, and easier for unions to gain recognition and bargain).

But we also need to look at other mechanisms for ensuring a greater share of wealth goes to working people at the point it is created. Labour's Inclusive Ownership Funds provide one interesting model, and would create a who new class of investors which could have some interesting corpgov outcomes (for example in takeover situations). I see a lot of people speak positively about greater employee ownership in theory, so this idea ought to be popular. Those who criticise it should come up with alternatives. And if an IOF style scheme isn't applicable there should be mandatory profit-sharing.

Everyone in corpgov these days says they support pay simplification, but in practice most companies still have several incentive schemes. Nor am I convinced that deferred share awards get us anywhere because I don't think they will have much of a motivational effect (and I'm impressed by Sandy Pepper's work in this area). I'd scrap as much variable pay as possible. If we can't get rid of it all restrict the variable bit to small short-term cash bonuses with clawback and malus provisions. Much easier for all to understand, and hopefully easier to reclaim if something goes wrong.

Several trends in UK pension provision have served to less or remove democratic control of pension assets. The 'professionalisation' of governance is a good thing in general, but if it serves to cause the link with beneficiary interests to be broken we have a problem. In the ESG world I worry that this has led to priorities being adopted that are more aligned with the interests of those running money than those of whose money it is. So I would like to see reinvigorated member/beneficiary involvement in all types of pension provision.

I can't see any good reason why asset managers can't find a fintech solution that allows asset owners, or retail investors, to vote in pooled funds. The current situation is ridiculous, especially in a world where more and more money is managed passively. If I'm only employing you to hold the index, not pick stocks, why should I be forced to adopt your views views on corporate governance? It makes no sense.

One for a decade ahead. Will we actually need asset managers in the future as they exist in their current form? Could passive management be a utility? Could we do it ourselves?