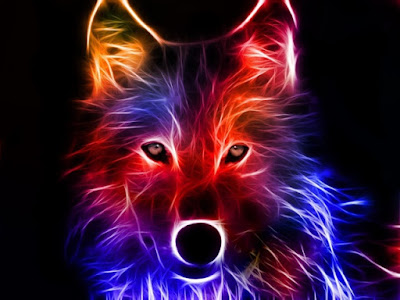 This has been one of the most popular stories on the Local Government finance website Room 151 recently. By Colin Marrs. LOBOS is the Spanish name for wolf.
"Newham Council has agreed a deal with Barclays to switch almost half of its Lender Option Borrower Option (LOBO) loans into fixed rate loans.
The council — which had the biggest LOBO portfolio of any council in the UK — has come under intense pressure from campaigners and featured prominently in a Channel 4 Dispatches programme last year which sought to highlight the cost of LOBOs to the public purse.
Room151 understands the council has now fixed the rate on £248m of its £563m portfolio, following lengthy negotiations between senior officials at the council and the bank.
Lester Hudson, cabinet member for finance, and commercial opportunities, said: “We took out these types of LOBOs as they represented the best deal for the council at the time and (they) have saved us millions of pounds in interest payments.
“They were part of our balanced and award winning strategy which includes a balanced approach to risk.
“As a council, and in line with good stewardship, we are always working to reduce the cost of our borrowing. We have taken independent legal and financial advice on this agreement and it is now the right time for us to restructure these loans.”
In a statement, Newham said it would save £94m in interest payments that it would otherwise have paid on the LOBOs over their remaining life.
This figure was reached by multiplying the current annual interest payments by 60 years — the average term length of the loans.
However, when approached by Room151, the council was unable to confirm the rate agreed on the new loan.
Last year, Barclays announced it would waive its lender option on its £5bn LOBO loan book with local authorities and reduce break costs. It is unclear whether the deal announced by Newham differs from the details in that announcement.
In Newham’s 2015/16 annual accounts, the fair value of the council’s LOBO portfolio was recorded as £1.3bn.
Newham councillor John Gray, who has been critical of the LOBO programme, welcomed the authority’s announcement.
He said: “Previously, the LOBOs skewed the council investment strategy because the council has to have bags of reserves available at each of the options dates.
“We had to have all this money on deposit, in case the bank decided to exercise its option to request a rise in the rate we pay.”
But he added that the “devil will be in the detail”, and questioned whether the renegotiated loans include “inverse” LOBOs, on which the council currently pays its highest rates.
Gray said: “We are asking councillors for further information but I suspect they will try to use commercial confidentiality to prevent us finding out more.”
Newham council said that the new deal would improve its credit position, reducing the cost of future borrowing.
“Moreover, it will further stabilise the council’s future debt costs helping to safeguard council tax from future increases and protecting council services,” it added"
Posted by John Gray at Monday, March 06, 2017