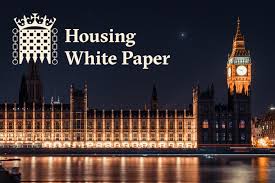 On 7 February 2017 the Government issued a white paper on the future of housing in England. The paper had been trailed beforehand as being the blueprint to fix the housing crisis and “as having affordability at its heart”.

The actual white paper has been dismissed by many commentators as being a “missed opportunity”. Labour’s housing spokesman, John Healey MP, condemned the white paper as “feeble beyond belief”. This Community conference believes that the White paper will fail to fix the broken housing market especially, with regard to genuine affordability. However, the white paper worries many of our members who work for Housing Associations and voluntary organisations on the new proposed benefit caps for sheltered homes and projects.

As reported in 24Housing “Employers Anchor, Hanover, and Housing & Care 21 warn the proposals could lead to up to £64million annual shortfall across their services. Mencap, too, has raised concerns that the proposals risk a housing crisis for people with a learning disability”.

Our Members fear that the new lower “benefit caps”:-

1. Will result in increased rent arrears for vulnerable residents in Housing associations and Voluntary sector residential schemes and projects.

2. This cut in rental income from benefit caps would result in further downward pressure on jobs, workloads, pay and other terms and conditions of our members.

3. They could even result in the closure of schemes leaving vulnerable residents without suitable accommodation and our members losing their jobs .

1. Calls on the Service Group Executive to circulate the white paper to all branches with community members with a briefing note on the threat of benefit caps and other relevant issues.

2. Encourage Community branches (together with employers and Tenant Resident groups if possible) to make formal submissions on the White Paper which closes 2 May 2017.

3. Call on UNISON Labour Link to encourage the Labour Party, Labour MPs, Councillors and Assembly members to press for the protection and survival of our sheltered housing and residential projects.