One Housing Group raises rents for Newham key workers by 40% 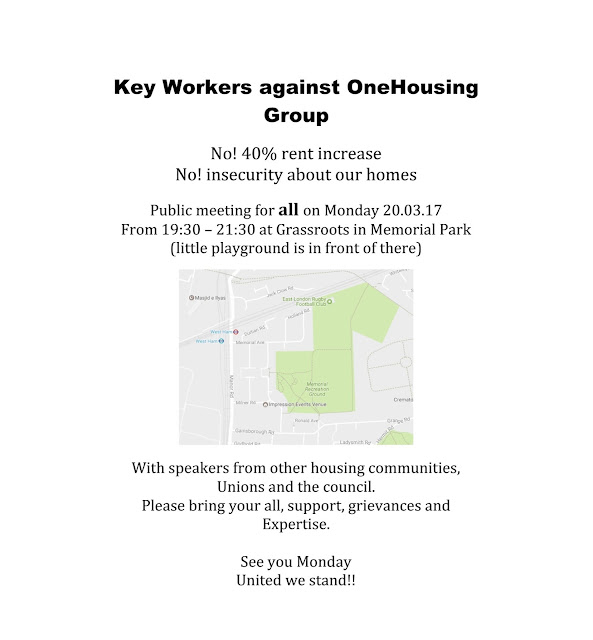 Tomorrow I will be attending this public meeting in the evening to discuss One Housing Group plan to impose new tenancy agreements and massive rent rises on a number of "key worker" tenants in Manor Road, E15.

These "key workers" are employed by local schools, NHS hospitals and social care organisations and live in a housing block that was transferred to the Housing Association (then called Toynbee) by Newham Council in 1997.

I have written to the Council asking it for any information regarding the transfer and to One Housing Group asking them for why they are making these changes and also asking them to stop the rent rises until at least they meet with their tenants, explain what they are doing and understand the harm that they will be causing.

I have spoken to tenants who have lived in the block since 1997 and will not be able to afford to pay the new rents and will be forced to move out of their flat and possibly move out of London.

Due to rocketing London rents many public service employers are finding it increasingly difficult to recruit staff and the last thing that we need in Newham is for experienced and skilled public servants to be forced to leave their jobs and homes.