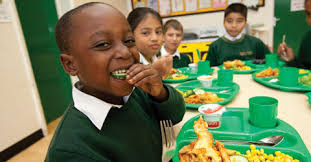 This letter below was sent to many primary school parents today in Newham by the union for Head Teachers. Due to Government cuts and Newham Council changes in the way they charge for meals, many primary schools have decided that they cannot pay 60% of the cost of "free" school meals.

I am a school governor and have been told that if implemented this cost will result in the school having to get rid of teaching staff in order to pay for it.

I hope that some sort of compromise is sorted out between the Mayor and primary schools asap. I will be contacting the Council about this matter.

"An open letter to Newham Parents

You may have seen a number of stories in the press around school funding. There have been worrying headlines and we felt it important that we let you know, as far as we are able at this stage, how this will affect Newham schools.

School budgets across the country have been under pressure for some time leading to a number of tough decisions being made. Our schools are not alone. The National Association of Head Teachers (NAHT) has shown that more than half of school leaders felt that their budget would be untenable by 2018/19. The National Audit Office estimate a £3 billion real terms cut across all phases and in all schools.

The recent headlines have been caused by a proposed new funding formula for schools, designed to create a fairer allocation. However with increasing costs placed onto all schools the new formula will not bring the benefits that we had hoped to see. Indeed Newham schools will be significant losers under the new formula The School Cuts website, analysing DfE data, projects that schools in our local authority will lose over £30 million of funding in total by 2019.

As school leaders we will work hard to ensure that cuts have the least impact on teaching possible. However, rising costs and a frozen budget mean that tough decisions will have to be taken. We cannot guarantee that such cuts will not impact on teaching, despite doing our upmost to prevent this.

In the more immediate future these cuts are likely to impact upon some of the activities that broaden pupil experiences, and support their wider needs, such as our provision of after school clubs and educational visits. In recent years schools have partnered the mayor to deliver the 'eat for free' programme, at some costs to schools. Under a new more transparent arrangement from April 2017 schools are being asked to pay 60% of the cost of this scheme. This is unsustainable in the current climate and schools will not be able to continue to provide free meals for all junior aged pupils unless the national funding picture changes, or the mayor decides to fully fund his initiative.

Please be assured that we will take the utmost care with budgets, to ensure all the money we have is spent effectively on your children. We are also letting the local authority and government know just how serious the funding crisis has become.