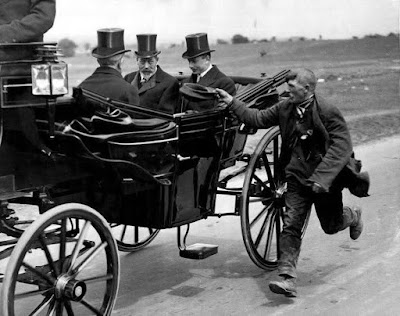 Hat tip to a hard hitting post in "Red Brick" seen below about the Tory plans to evict tens of thousands of working council and Housing Association tenants and their families.

This plan to means test all social tenants will cost millions to administer and result in many including the self-employed, teachers, factory workers and nurses to be thrown out or forced out of their homes.

"Spot the lies in this justification by the government of its pay-to-stay plans: ‘It’s simply not fair that hard-working people are subsidising the lifestyles of those on higher than average incomes’. Aside from the fact that it implies that social tenants aren’t hard-working (how else would they be earning more?), the two outright lies are that they receive taxpayer subsidies and that it is only those on above-average incomes who will pay more.

In fact, all but the lowest ten per cent of earners will be within or very close to the pay-to-stay threshold, because DCLG have been forced to set a very low starting point (£31,000 outside London, £40,000 within) in order to increase the projected income from the scheme. And of course, the government never misses a chance to refer to social tenants as ‘subsidised’, even though those on slightly higher incomes with little or no dependence on housing benefit are among the least subsidised householders in the whole housing market.

Red Brick makes no apology for saying ‘we told you so’ on pay-to-stay since we were among the first to draw attention to the risks. Back in 2011, when first mooted by Grant Shapps, it would have applied only to so-called wealthy people who choose to live in council houses and whose combined earnings came to over £100,000. It was of course aimed at people like the late Bob Crow, who earned £145,000 and had the temerity to live in a housing association flat. In response to widespread criticism that, if set at that threshold, the scheme would cost far more than it would generate, DCLG shifted the starting point downwards.

Red Brick predicted four years ago that this would be even more of a bureaucratic nightmare, since it would draw all tenants into having to declare their incomes and any changes to them. This point is now confirmed by Southwark council, who say that means testing tenants is an ‘expensive exercise in futility’ that could cost authorities millions to administer. If it has to be done, they want HM Revenue and Customs to do it for them.

And in any case, the extra red tape could now generate only £75 million annually, according to the LGA, rather than the £365 million that the government projects. This would add less than a paltry 0.8% to rental income, before admin costs are deducted, meaning the scheme could potentially produce no net income at all. As Jules Birch has pointed out, the government’s own assessment indicated that (at least in the first year) admin costs could be as high as £65 million, and Southwark’s warning shows that in practice this is very likely an underestimate, especially given the increasing variability of household earnings among those on modest incomes.

Even if the scheme does produce a small surplus, in a travesty of the principle that council housing is now self-financing, the money will have to be repaid to government. When council housing bought its financial independence in April 2012 by paying £7 billion to the Treasury, the government said this meant councils would ‘keep all the money they receive from rent’ and for tenants that ‘the level of rent you pay will continue to be a decision for your council’. It took barely a year for the government to issue the consultation paper which broke both these promises.

There are plenty more arguments against pay-to-stay too. It will be a disincentive to precisely those people who have jobs that pay modest salaries and who might want to try to earn more. It will encourage more tenants to exercise their right to buy, at which point of course they really will get a massive subsidy to help them buy their house, of a size unavailable to other first-time buyers. And it will lead to the further residualisation of social housing, eroding the mixed communities which were until recently an important aim of housing policy. As Natalie Bloomer commented on politics.co.uk, social tenants are now penalised for having too many bedrooms, penalised (by the benefits cap) if they don’t have jobs, and will soon be penalised if they do. The message to social housing tenants is: ‘If you don’t work, we’ll punish you. If you do work, we’ll punish you’. And as evidence of how struggling households will suffer, the Guardian has helpfully compiled some tenant stories of what the scheme’s consequences might be.

Fortunately, opponents of this daft policy appear to have an ally, someone who says that ‘while we continue to help the worst off we will also be focused on the millions of people for whom life is a struggle and who work all hours to keep their heads above water.’ She (and that’s a clue) has set up a powerful working group that will aim to make ‘life easier for the majority of people in this country who just about manage’.

Yes, it’s Theresa May, whose newly stated policy aims appear to run counter to those of the pay-to-stay scheme, and it’s Sajid Javid, the communities secretary, who joins her on the new working group. Ditching pay-to-stay would be an excellent no-brainer for the group when it first meets. After all, ending it would cost practically nothing while saving the government from a potentially embarrassing policy failure.
Posted by John Gray at Monday, September 05, 2016