"Sports Direct cannot be allowed to mark their own homework" 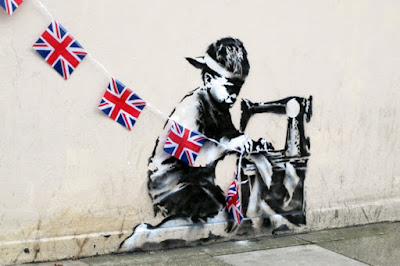 Check out the press release below from the TUC about rotten employer "Sports Direct" whose company AGM is tomorrow.

The BBC report here that Sports Direct are desperately trying to pretend that all is ok and they are going to change.

Such human right abuses will always occur when you have employers who refuse to recognise independent trade unions and don't have collective bargaining agreements.

Trade Union recognition is an internationally recognised fundamental legal human right. If any company refuses to recognise trade unions then they are clearly human rights abusers.

Good luck with motion 19 tomorrow at the AGM calling for an independent investigation into the employment practices of Sports Direct. I wish I was there.

“An apology is always a good start, but this is too little, too late. What we really need is an independent investigation, as called for by the trade union resolution at tomorrow’s Sports Direct AGM.

“A report written by a law firm which previously represented Mike Ashley and management simply won’t cut it. Sports Direct cannot be allowed to mark their own homework.

“Cases like this show why the government must act to end the abuse of zero-hours contracts, and get serious on enforcing employment rights.
“
This story is a testament to the tireless work of Unite the union, which has played a key role in revealing abuses at the company.

"I urge shareholders to support the Trade Union Share Owners’ resolution 19 for an independent investigation into employment practices.”

NOTES TO EDITORS:
- The Trade Union Share Owners group, of which the TUC is a member, is calling on Sports Direct shareholders to support resolution 19 at the AGM, which commissions an independent review of Sports Direct International plc’s human capital management strategy.

- The resolution has been filed by investors including the TUC and UNISON staff pension funds, both members of TUSO, and the Borough of Islington Staff Pension Fund and Prospect general fund.

- All TUC press releases can be found at www.tuc.org.uk