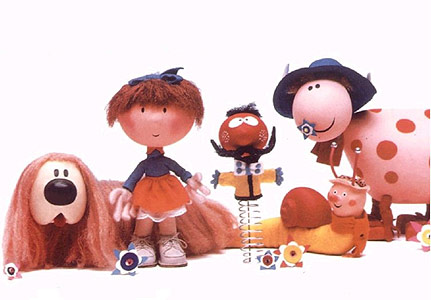 I have long been very sceptical about the Daily Torygraph headlines about defined benefit (DB) pension schemes being "in massive deficit", "gold plated" and/or "unaffordable". Check out this paper below by Dennis Leech, Emeritus Professor of Economics, University of Warwick. The way that we calculate the liabilities of these schemes are just nonsense. This means that so called deficits are hugely exaggerated and cause deadly problems to company balance sheets.

Sustainable DB pension schemes have been and are being closed left, right and centre due to broken, La La accounting measures.  Millions and millions of workers are being robbed of their pension futures for no good reason. Robert Maxwell's rip off of the Daily Mirror pension scheme is small beer in comparison .

"Pension deficits: mark–to–market valuation is the elephant in the room

The chief economist of the Bank of England, Andy Haldane, has said he hasn’t a clue about pensions. It is not surprising when so many occupational schemes have a deficit that stubbornly just keeps on growing. They have agreed a recovery plan with the pensions regulator to ensure there will be enough money to pay the pensions promised when they fall due - but still the deficit grows seemingly uncontrollably.

The latest estimate for the total deficit for defined benefit schemes eligible for entry to the pension protection fund was £383.6bn at the end of June 2016, up from £294.6bn at the end of May an increase of £89bn in one month. The combined funding level has fallen to 78 per cent, close to its lowest ever level. There were 4,995 schemes in deficit and only 950 schemes in surplus.[1]

The blame for this is most often put on the fact that pensioners are living longer than expected. But that is not convincing and can be only part of the answer: deficits are changing too fast to be due to something as slow moving as longevity trends - that are anyway allowed for in the recovery plans that have been devised. The other explanation often trotted out is the catch-all ‘market conditions’ which covers a multitude of factors. This usually means low interest rates, casually and wrongly equated with poor investment returns.

No. It is the regulations governing pension scheme valuations that are mostly to blame for this unsustainable situation. They are the elephant in the room of the pension deficits story that is being ignored by most of the industry. They are not fit for purpose and urgently need to be revised. They force pension schemes to have to deal with extraneous – even spurious - risk factors which exaggerate deficits. The effect – as we have seen in recent years - is to force many schemes to close.

Deficits have grown substantially since the 1990s when minimum funding requirements were introduced. The 2004 Pensions Act set up the pension protection fund to reduce the risk of pensions failing due to the sponsoring company failing. But it also tightened up on funding rules and imposed an inappropriate market-based valuation methodology[2]. Accounting regulations based on this methodology are at variance with real-world economics. They are based on a purist belief in markets as a source of information - ignoring all evidence from academic economics, both empirical and theoretical, showing the limitations of markets as providers of information. They were intended to prevent pension schemes needing to enter the pension protection fund but in fact have had the reverse effect by making sponsor failure more likely.

It is only policy makers who can deal with this problem. They need to take an overview of the consequences of mark-to-market accounting and revise the valuation regulations in the light of experience.