Too Poor to Pay? Is this really the New Poll Tax? 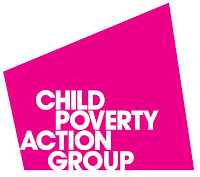 This report is very disturbing. I have asked the Council for a response and agreed to meet with CPAG and Z2K. I will encourage other Councillors to do so as well. By coincidence I have just been to a Unison seminar where the practice of trying to force poor residents to pay Council tax was compared to the Poll Tax of the 1990s. Also, the dreadful practices of so many bailiffs was exposed.

"New CPAG and Z2K report on council tax support in London
Child Poverty Action Group (CPAG) and Zacchaeus 2000 Trust (Z2K) today release STILL TOO POOR TO PAY: three years of localised council tax support in London.
This is our third report looking at council tax support in London. It examines how London schemes have changed over the past three years and analyses the impact on claimants. The report has found that in 2015/16, over 98,000 low income Londoners were sent a court summons for non-payment of council tax and 19,000 were referred to bailiffs, a 51 per cent increase on the previous year.
Download STILL TOO POOR TO PAY
As you probably know, Newham is among those local authorities who have decided to charge claimants 20 per cent. Our report finds that this is having a serious impact on low income residents in the borough:
·         8949 Newham residents on the Council Tax Support Scheme were in arrears as of April 2016
·         4808 Newham residents have had additional ‘legal costs’ added to their bills
·         1,560 residents were referred to bailiffs in 2015/16.
CPAG and Z2K appreciate that the 10 per cent cut in council tax support funding in April 2013 came at a time when local authorities were already struggling with deep cuts to their budgets, and that the requirement to exempt pensioners from any new charges has added to the burden on working age claimants. We continue to call for a return to a fully funded, national system, or, at a minimum, that central government provides local authorities with 100 per cent subsidy.
However, in the event that council tax support remains localised, we call on Newham’s leadership to abolish your authority’s minimum payment and introduce 100 per cent support. We note that Camden council is currently consulting on doing just this. The falling number of council tax claimants in Camden, something common to your authority, has reduced the cost of its scheme, allowing the council to make this proposal. Camden also estimates that the proposal will reduce administration costs related to recovering relatively small debts from council tax support claimants and free up resources to pursue larger debts.
Despite the financial pressures Newham continues to face, we hope that you will work with your cabinet colleagues to follow the example of Camden and the six London boroughs who continue to provide 100 per cent support. The alternative is that your poorest residents will continue to experience the very real financial hardship, as outlined in our report.
We would welcome the opportunity to discuss the findings of our report and how to strengthen the support for Newham’s poorest residents. To arrange a meeting, please contact Alice Woudhuysen, London Campaign Manager at CPAG
Kind regards,
Alison Garnham| Chief Executive | Child Poverty Action Group
http://www.cpag.org.uk