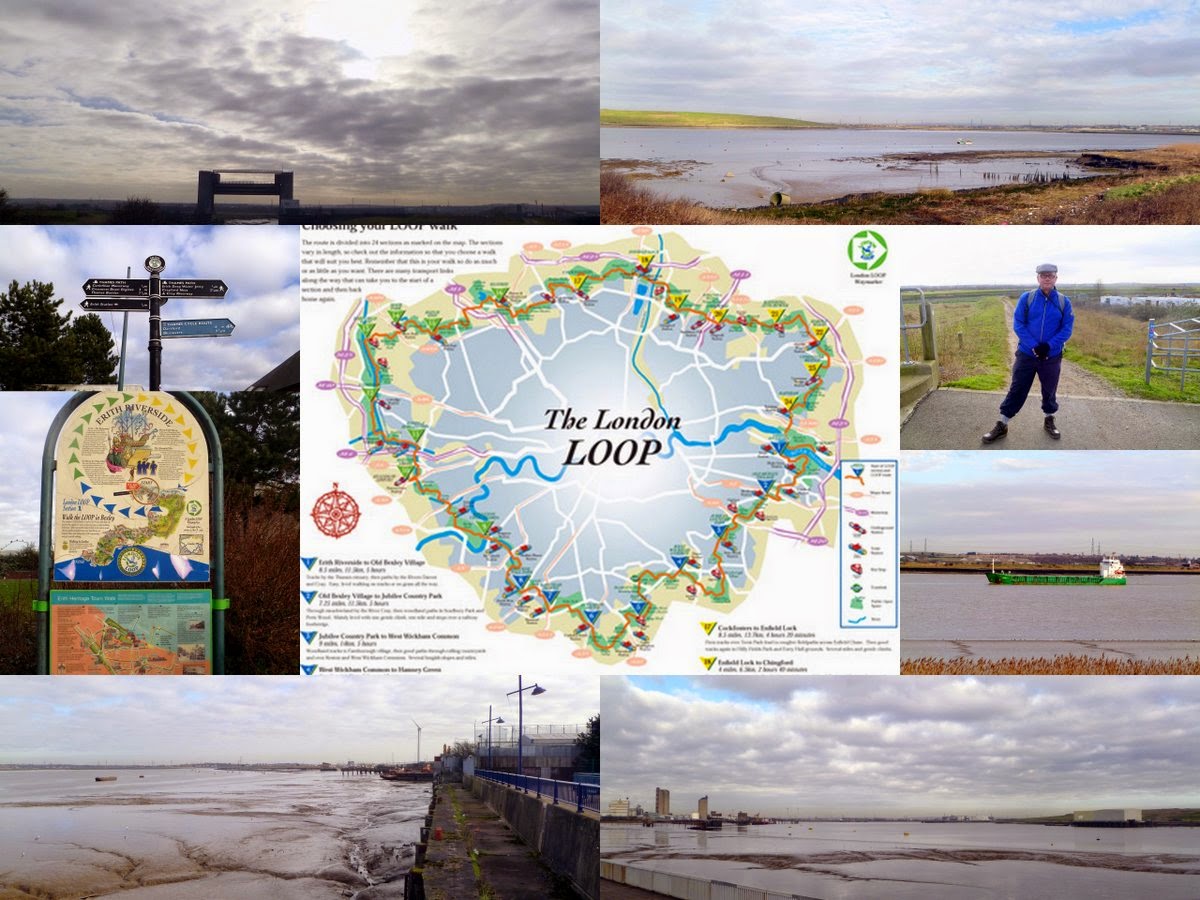 Off message but today Ms Grayee and I started on a long distance walk around London. The "London Outer Orbital Path" (better known as London Loop) is a 240 Km (150 mile) mostly sign posted route around outer London. It is divided into 24 linear sections which vary between 6.1 and 16.8 km accessible by public transport within London (tfl) Zone 6.

We are going to try and complete all the sections within the next year. The first section was 8.5 miles long from Erith to Bexley.  It took about an hour from Forest Gate (East London) to get there. This part of the walk involved walking along the River Thames which was the best bit by far. The water, salt marshes, the light and "big skies" was marvellous. But this is also in an industrialised part of London with more than its fair share of road noise, litter, scrap yards and rubbish tips.

We met up in Crayford with a group of young people who were nearly finishing the loop after 2 years of weekend walking and they said this was by far the worse section, which they had left till last. They were a cheerful bunch who admitted that they had already enjoyed the hospitality of a number of pubs on route and were looking forward to their next pit-stop. My type of people!

We agreed that the instructions on the official "Transport for London" route here are pretty rubbish (shame on you Boris).  So tonight I have ordered "Capital Ring' by Colin Saunders and "The London Loop" (Recreational Path Guides) by David Sharp. The youngsters were the only obvious ramblers we saw all day.

We started about 11.15 and finished at 3pm. It took a while to get back to Forest Gate but had Sunday newspapers to read.

I am looking forward to the next section which is Old Bexley village to Petts Woods and only 7 miles long.  I will make further posts and even create a London Loop Facebook page. I will be busy, busy in the run up to the general election in May but will hopefully be able to snatch a few days to retreat to my hinterland.