Sign me up as a Labour supporter...fight the General Election (and pick the next London Mayor) 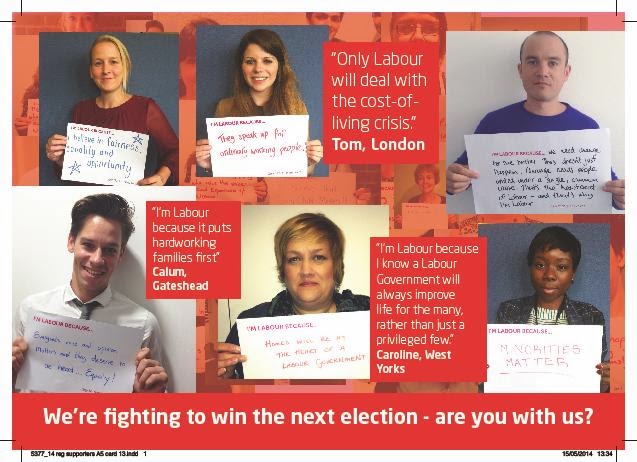 There is only 4 months and 5 days to go until the General Election. So this is going to be a busy, busy time for me and other Labour activists.

Part of my job as West Ham Labour agent and Chair of London UNISON Labour Link will be to encourage Labour Supporters to get involved and become active.

There are more UNISON members who voluntarily pay the Labour Party political levy in London than there are Labour Party members in the Capital.

The National Party is finally implementing the Collins Report reforms and has set up this website for Labour Party supporters to register. The primary purpose of this website (and postcard campaign) should be to encourage affiliates and supporters to take part in the election.  Immediately after the election, there will be a selection process to pick the Labour candidate to be the next London Mayor.

UNISON should be ahead of all the major trade union affiliates since we already have separate  Labour Party and General political funds (members can chose which one or none). So we only need a signature for our Labour Link affiliates.

So I hope and expect that UNISON will be busy promoting and signing up our members to be Labour activists in the forthcoming election, help elect a Labour Government and then get these members involved in the primary for London Mayor.

So if you are a UNISON member and pay the Labour Party levy (also known as Applied Political Fund - APF) but haven't signed up yet as a supporter then click on this link.