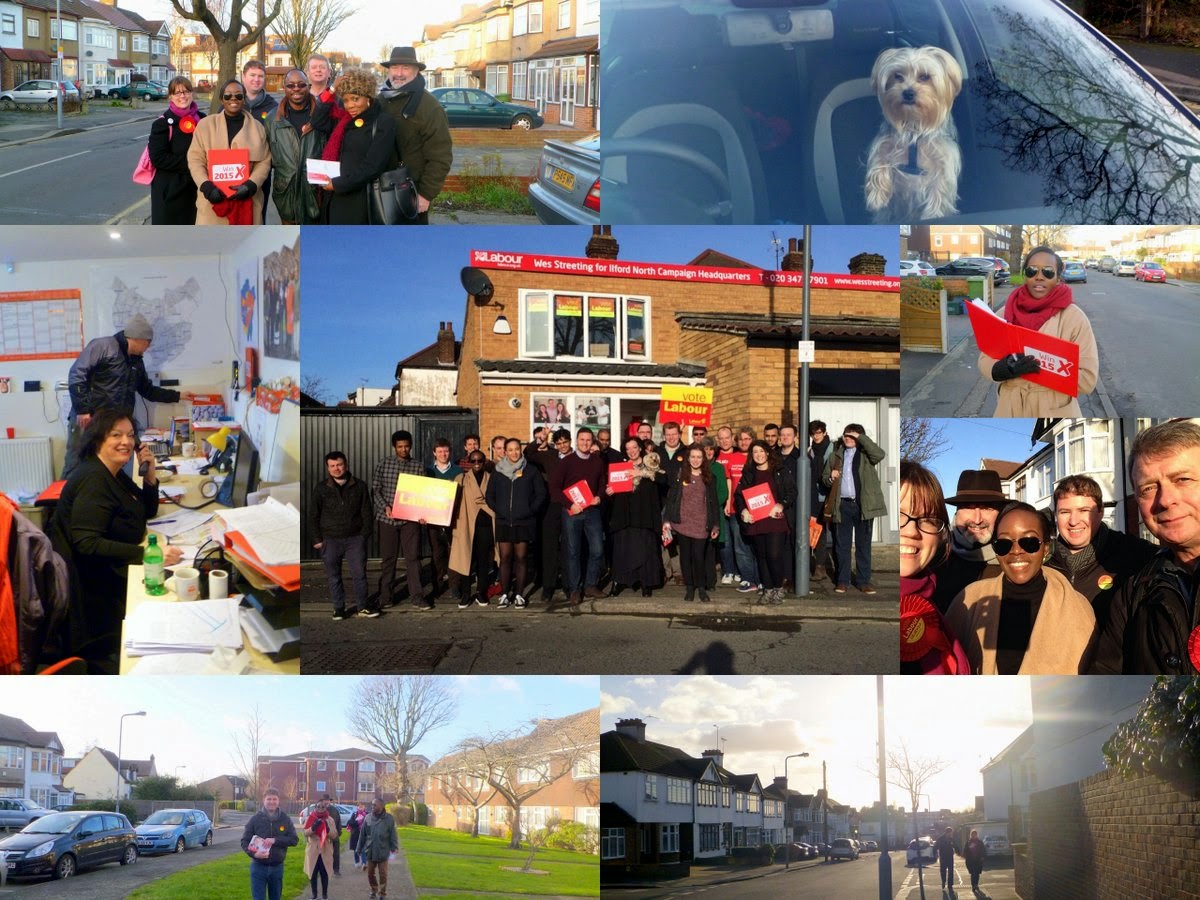 So instead of giving him a well deserved day off, his campaign team designated it as "Wes Birthday Canvass Day" and arranged 3 separate #labourdoorstep sessions.

West Ham went to the 2pm session and took part in a number of campaign teams, while our MP, Lyn Brown, ran a telephone canvass session in the CLP HQ (Lyn is out of door knocking action at moment due to a serious knee injury).

My team was led by Newham's youngest Councillor, Seyi Akiwowo, who enjoyed bossing us about and sending us hither and thither. After we finished I had an unusual telephone conversation with a West Ham CLPer, who asked me if I remembered where they had parked their car? (they eventually found it).

Double click to enlarge picture and check out the top right of collage for photo of show stealer, Cara.
Posted by John Gray at Saturday, January 24, 2015