Why is Housing the dog that never has its political day? 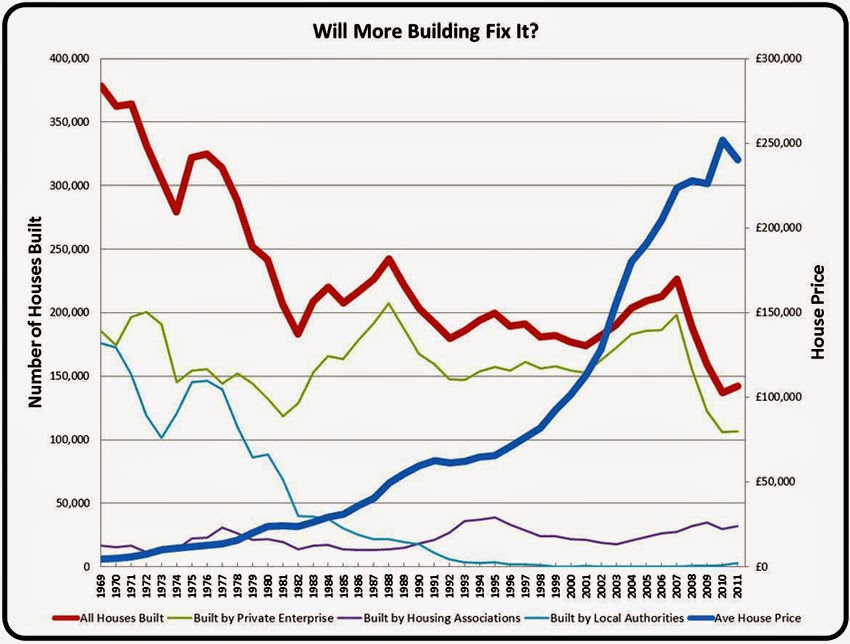 It was pretty depressing to read "Inside Housing" last week and see that housing is not in the voters top 10 priorities for the general election.

For someone who works in social housing and whose case work as a Councillor is mainly about overcrowding or homelessness, it seems very strange that "housing" is not a top election issue.

This is not just a "London thing". I'm now back from seasonable breaks in North Wales and Lincolnshire where both my sisters have a mid 20's adult "child" living with them because it is too expensive to rent or buy. Another nephew in Ipswich is also still at home saving up to buy aged 30.

So why is there this apparent lack of political interest?

There is an argument that if you are adequately housed then its "I'm all right Jack" and you are simply not that interested in homelessness or poor quality housing.

I'm sure that this is true for some but I think that the deeper real problem is that people no longer believe it is the role of the state to ensure that its people are adequately housed in secure, decent and affordable homes.  Instead housing is treated differently than say the NHS and seen by many as the responsibility of individuals and families.

This is a political problem but a problem that will be eventually fixed. See the chart above (double click to bring up details) which I think illustrates the scale of the housing crisis and how we are in a bubble that will eventually burst.

Since 1969 the supply of housing has crashed. In particular the supply of council housing. Neither private builders nor Housing Associations have taken up the slack. At the same time the price of housing has gone up and up. This cannot continue and something has got to give. Once this bubble has burst housing will become a political priority again. The role of councils is tackling this crisis will be critical.

We have to increase the supply of housing that people can afford and we have to control rents. To increase the supply of truly affordable housing somebody will have to subsidise it. Cross subsidy, freeing public and private land banks and allowing greater freedom to borrow is all well and good. We should not fool anyone that the scale of the crisis is such that it will need money. That money will have to come from the state as it takes up its traditional role again to make sure its people are decently housed.

Most humans work on a salary less than £19k and three times your salary does not get you a £200+k home. Thus houses are only for well paid sectors.
I HATE housing associations with a passion, as winning the lottery happens more often than bidding for a home where you have zero choice.
HAs are for pregnant families only, as a single guy with arms and legs I don't qualify for anything, and that's where it fails. Homes should equally be available to all or no one, not just certain elements of the community.
We have 2.5 million needing a home right now, and 250,000 coming in annually who also need a home. That's building a new Milton Keynes each year, every year. Do we simply keep building until there is no green space left?

As usual you talk the good fight, completely ignoring the fact that Labour was in power for 13 years and did nothing. That’s why you are going to lose this election.