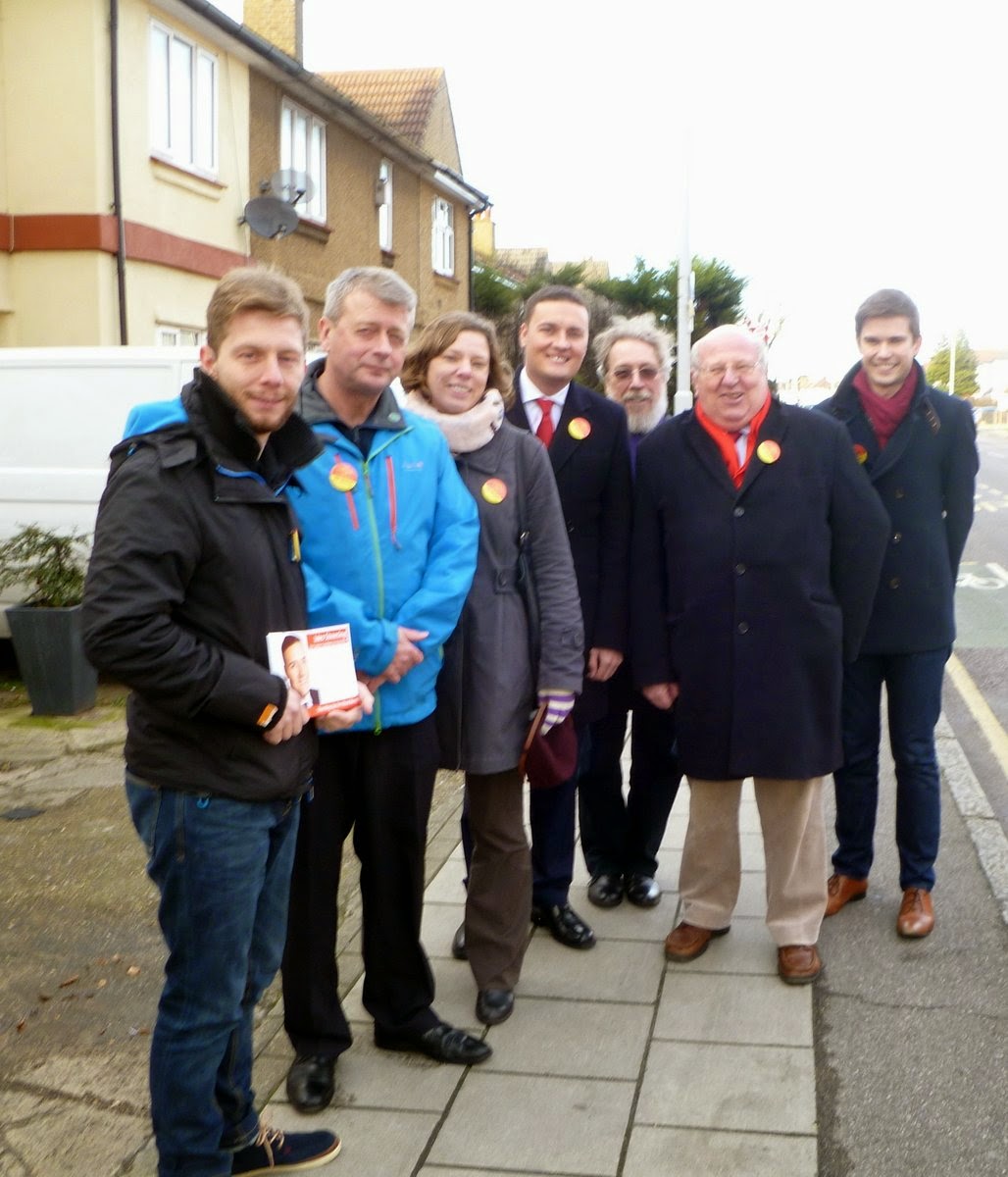 On Saturday my Council surgery went over by 30 minutes due to a queue of constituents wanting help  about serious housing matters. It was very grim. We just desperately need to build more homes.

In the afternoon I went on a #labourdoorstep in Ilford North with West Ham CLPers and Prospective Parliamentary Candidate Wes Streeting. Ilford South MP Mike Gapes also joined in as well as another 7 Redbridge canvassers.

I knocked on one door with a West Ham Party member who had never been canvassing before. After telling him that there was very rarely any problem whatsoever when you go door knocking, I was somewhat concerned when the door opened to see a small woman struggling to hold back what seemed to be an enormous bulldog from "greeting us"!

We actually had quite a reasonable conversation with the woman. She said (in between trying to hold her dog still) that she voted Conservative last time and was considering voting UKIP next. She said she regretted voting Tory because in 2010 she used to have a house but had been forced to move into this flat. Which was I believe a reference to bedroom tax. She finished by saying she would consider voting Labour.

I asked Mike Gapes who was the most experienced canvasser amongst us how many homes had he knocked on while campaigning. He laughed and said possibly millions. He first went out canvassing in 1969 with Ilford Young Socialists. Since then he had campaigned all over the country as well as various parts of the world for sister Labour parties.

Ilford North are very hospitable  and afterwards we went for a quick drink in the Fairlop Arms and tried to put the world to rights.

Next West Ham event in Ilford North will be on the 24 January. Our MP Lyn Brown (who has been not well lately) will be organising telephone canvass sessions from our headquarters at 306 High Street, E15. Details to follow.

I keep reminding everyone who wants to get rid of this rotten Tory led government that we simply have to win the marginals in May to stand any chance. So if you can help out at any nearby marginal in the next few months please do.
Posted by John Gray at Sunday, January 11, 2015