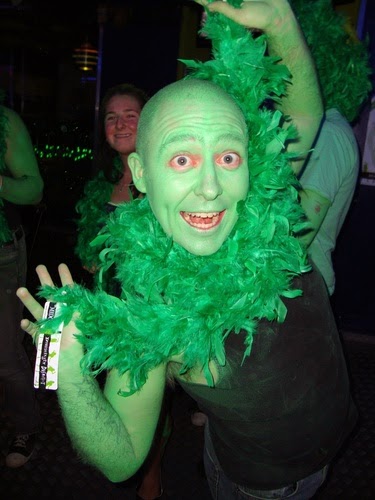 I have just enjoyed reading two very different posts on the Green Party and their policies.

The first was from the never shy nor retiring Kitty Jones on
"You’d have to be Green to believe the Green Party: two more lies exposed".

While the other post by Steve Hilditch "The grass isn't any greener on the other side" is more reflective and is a pretty powerful exposure of the vacuum that is the Green's Housing policy. Which, for a so called "progressive" party is unacceptable and amateurish.

I suppose some supporters of the Green's will say such posts are a sign that they are a rising political force and feared by Labour. I don't think so, it's about time that fringe parties such as the Greens and UKIP are challenged about their practices and policies and not be allowed to get away with stuff.

My own favourite "Green" story was watching an interview with a Brighton Council worker whose wages were being cut by Green run Brighton Council - He described them as "F**king Tories on Bikes".
Posted by John Gray at Saturday, January 31, 2015