Democracy Day: "Have you voted yet? Nah... There's gonna be a Peoples' Revolution any minute..." 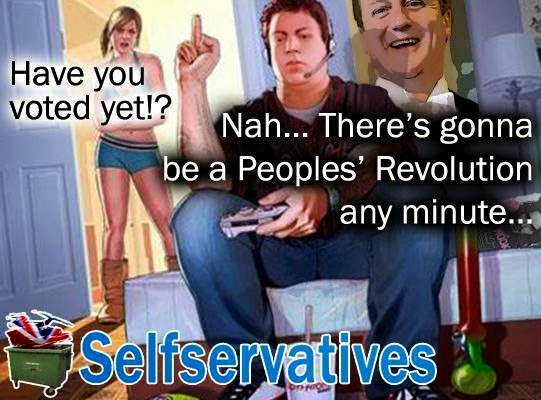 Today is "Democracy Day" the 750 anniversary of the first ever Parliament in Westminster. There was a fascinating debate on Radio 4 "Today" this morning which resulted in sparks between young and old about feelings of disenfranchisement with politics and accusations of laziness. It was noted that neither side really understood each other.

Check out Kitty Jones thoughts on Non Voters. She is not one to pull her punches.
Posted by John Gray at Tuesday, January 20, 2015