Enfield Chase Walk (and where a Nazi Monster admitted his Shame) 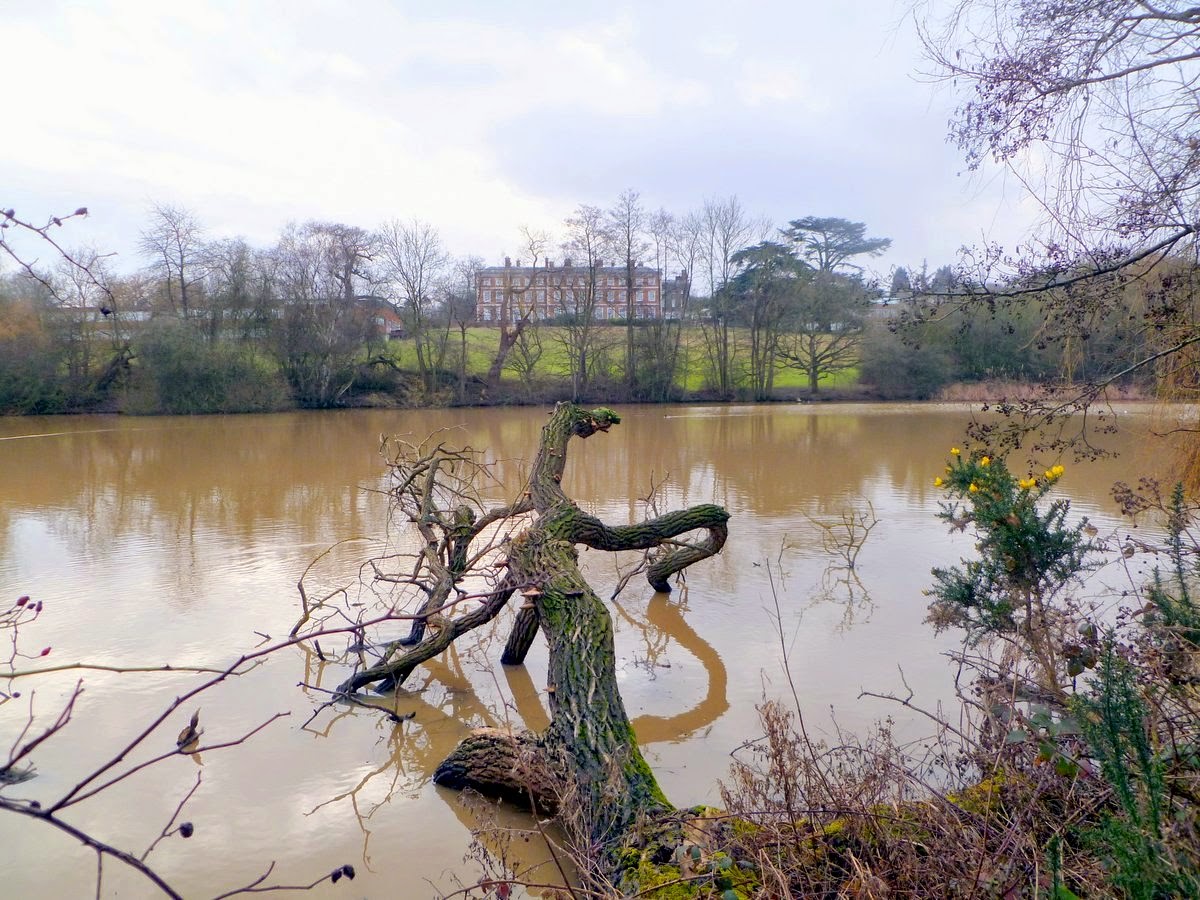 Today I went for my first country walk of 2015. Trent County Park in Enfield Chase, North London is a remnant of an ancient Royal hunting ground.

This pathfinder walk was only 4 miles (but we got lost and added another couple of miles I think). It was cold but the winter sunshine and shadows was lovely.

The country mansion Trent House,  which  you can see across the lake in the photo was during the 2nd World War a prisoner of war camp for senior German officers including 84 Generals. The British "bugged" the camp and recorded  many conversations between prisoners. Some of secret recordings let to the RAF bombing previously unknown German rocket research sites.

What struck me most was the recording of General Dietrich von Choltitz who was quoted as saying in October 1944: "We all share the guilt. We went along with everything, and we half-took the Nazis seriously, instead of saying "to hell with you and your stupid nonsense". I misled my soldiers into believing this rubbish. I feel utterly ashamed of myself. Perhaps we bear even more guilt than these uneducated animals."

This was a man who refused orders by Hitler to destroy Paris in the second world war but who ordered the murder of thousands of Jewish civilians in Russia.

The walk is a history feast with its Water Gardens, monuments and medieval Camlet moat. Only 30 minutes from Forest Gate. Well recommended.