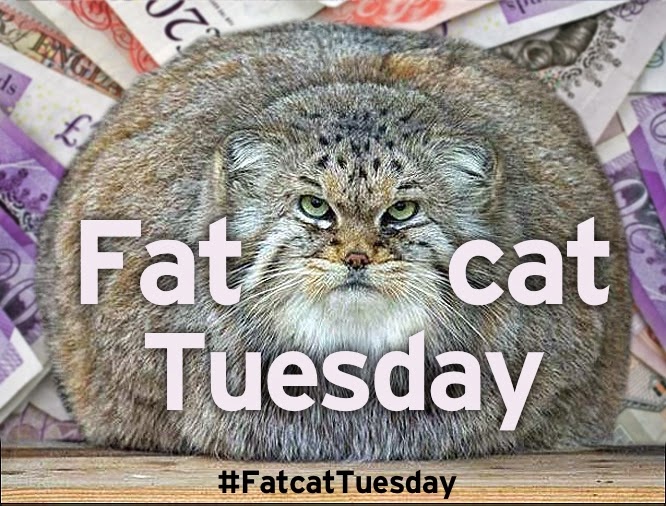 Today 6 January is "Fat Cat Tuesday" By only the 2nd working day of the first month of the year, the average CEO of a FTSE 100 company will have received more pay that the average UK worker will earn in the entire year.

"TUC General Secretary Frances O’Grady said: “It’s a stark reminder that while the average worker is £50 a week worse off than in 2010, boardroom pay gets bigger and bigger every year.

“We urgently need a change of course to put wage growth for all workers at the heart of Britain’s economic plan – if not then people’s living standards will not recover and the economy will remain in the danger zone.”