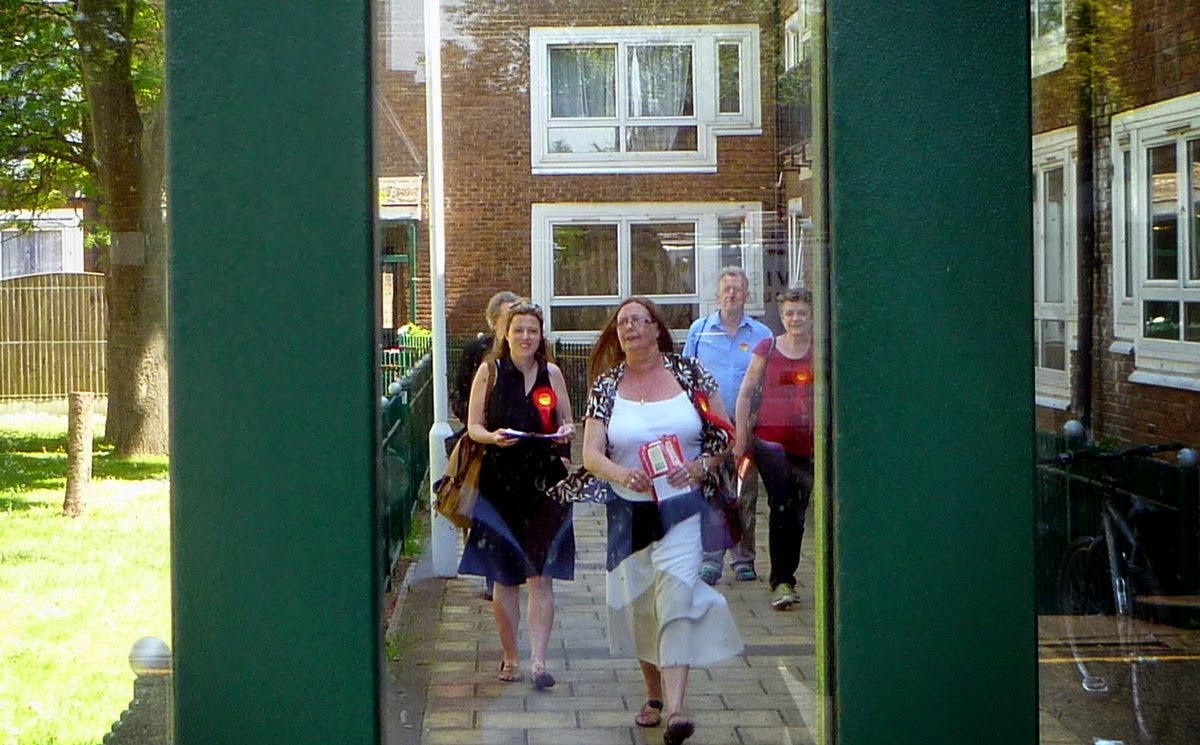 It has been a busy, busy last campaigning weekend in West Ham ward.

On Saturday we went delivering leaflets then a morning and afternoon door knocking session.

I also spoke to two residents who were so angry at the news that day that this government is trying to privatise children protection services.They also asked if this was still a "Labour area". I said yes it was, and it was humbling as a Labour candidate to hear how many residents identify with the Party. I was told I had the "right attitude" to this support.

Another resident told me who wasn't that impressed with the reasons I gave him for voting Labour. But he would vote for us in respect to our former MP, Tony Banks.

On Sunday we went leaflet first thing in the morning, then door knock then more leafleting

During last leaflet session on Sunday I saw for the first time ever in my ward two female West Ham Tory candidates delivering leaflets in Geere Road. I said "hello" and introduced myself. They looked really knackered.

Check out picture above of West Ham ward Labour team this morning in Bettons Park. I think the usual campaign selfies are a bit boring so hopefully this action photo through the entry door is a little different? (John W, Veronica, Freda, Mike and Heather - double click picture to bring up detail)

Why is it I have seen my local councillor 3 times this week, but never seen him/her in the last 4 years.

I wonder how many of the Tory opposition are really Labour infiltrators.

If you follow this blog (which of course everyone does) then you will realise that in Newham Labour campaigns all year round, year in, year out. Not just during elections.

I believe that none of the Tory candidates who were "Labour" or respect "supporters" in the past were ever really Labour.

So rest assured on that point.

Worry about what they really stand for!