UNISON members continue their fight for Fair Pay at Outward 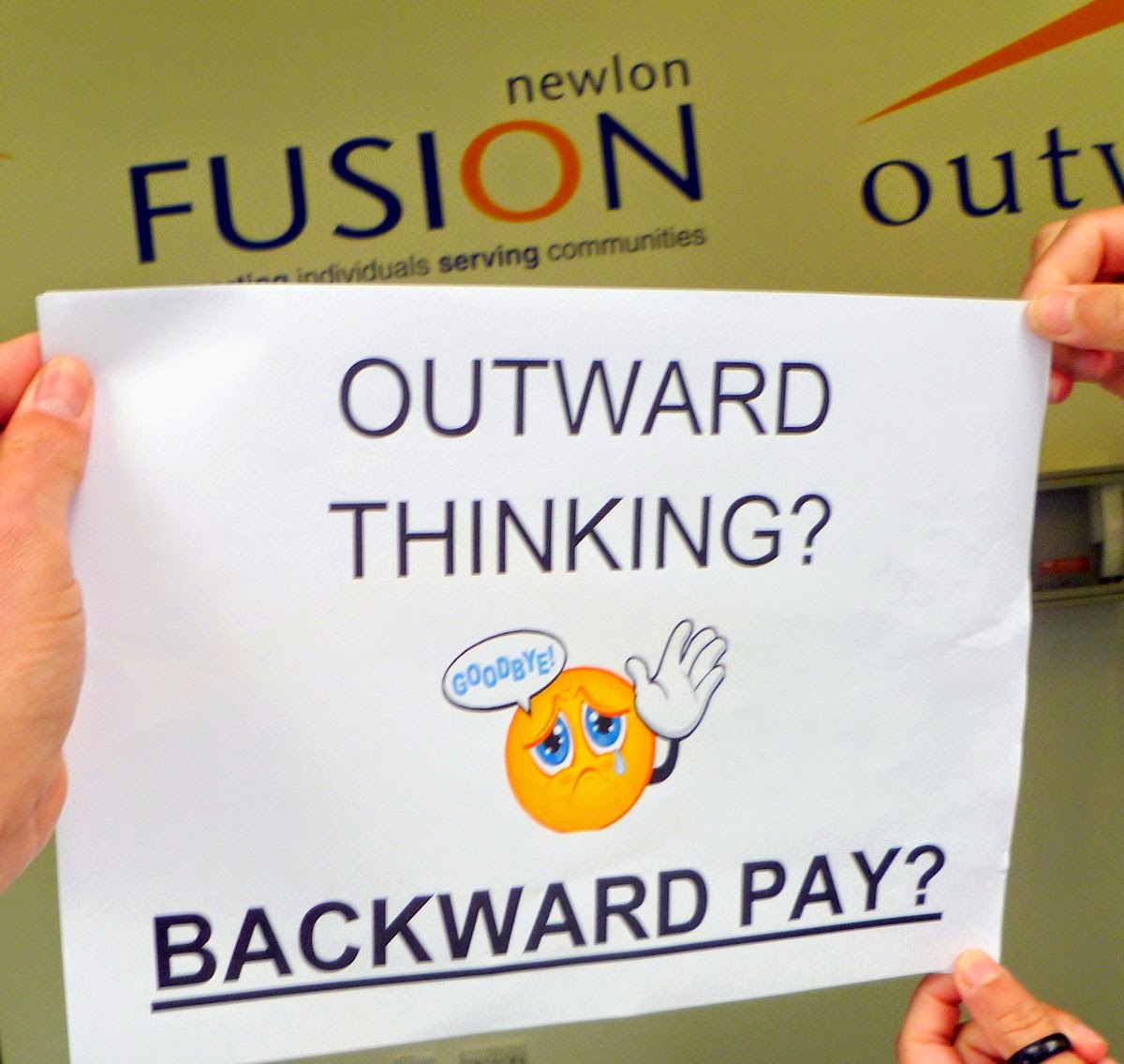 (Branch press release) "Low-paid UNISON members who care for some of north and east London’s most vulnerable people have voted strongly to proceed towards a formal ballot for industrial action over fair pay.

Over 400 workers are employed by Outward to provide care and support to people with severe learning difficulties and Autistic Spectrum conditions. Most earn below the London Living Wage.

Their employer is proposing to cut pay by at least £3,000, with proposed starting salaries for support staff of £15,256. They are also proposing to extend the working week and implement a restructure which staff say will make services less viable.

Outward management last cut pay in 2011 when support workers also lost around £2,000 per year. Throughout the consultation period UNISON members have campaigned strongly to oppose these cuts and to demand the London Living Wage for all. On the 11th April UNISON members lobbied management. UNISON have presented alternative cost-saving plans to Outward management but these were rejected. No significant changes have been made to the original proposals.

In a consultative ballot UNISON members in Outward voted 94% in favour of further action. UNISON Regional Organiser Colin Inniss said: “We know that care and support workers do not take lightly the prospect of industrial action. Nonetheless, the dedication of these staff should not be exploited in order to make cuts.”

“UNISON have taken an active part in negotiating around the proposed cost-saving proposals. However, Outward have not made any meaningful changes to their original proposals and we know that our members are not prepared to accept a second pay cut in three years.

UNISON have proposed to Outward management that we should meet at ACAS to find a way forward in this dispute.” “it is ironic that, as a social care provider, Outward are not prepared to take responsibility for the social problem of in-work poverty. Their staff provide an essential service to very vulnerable people and are rightly demanding a Living Wage for this work.”

Senior support worker Beth Stevens said: “It is not an easy job that we do so to face the prospect of a further pay cut seems like taking advantage of our commitment to our work.”

Notes for editors: 1. UNISON represents 1.3 million workers employed in the public sector, by private contractors and in the not-for-profit sector, including over 20,000 members in housing associations. The UNISON Housing Associations Branch represents over 3,000 housing workers across Greater London.

2. Outward is a subsidiary of Newlon Housing Trust which made an overall surplus of £6.4 million in 2013, with reserves of £532.5 million.

3. The current rate of the London Living Wage is £8.80/hour, which is set with reference to the basic cost of living in London. Over 247 large employers in London are accredited Living Wage employers. A recent study by Barclays found that the benefits in staff retention and training make paying the Living Wage cost-neutral.