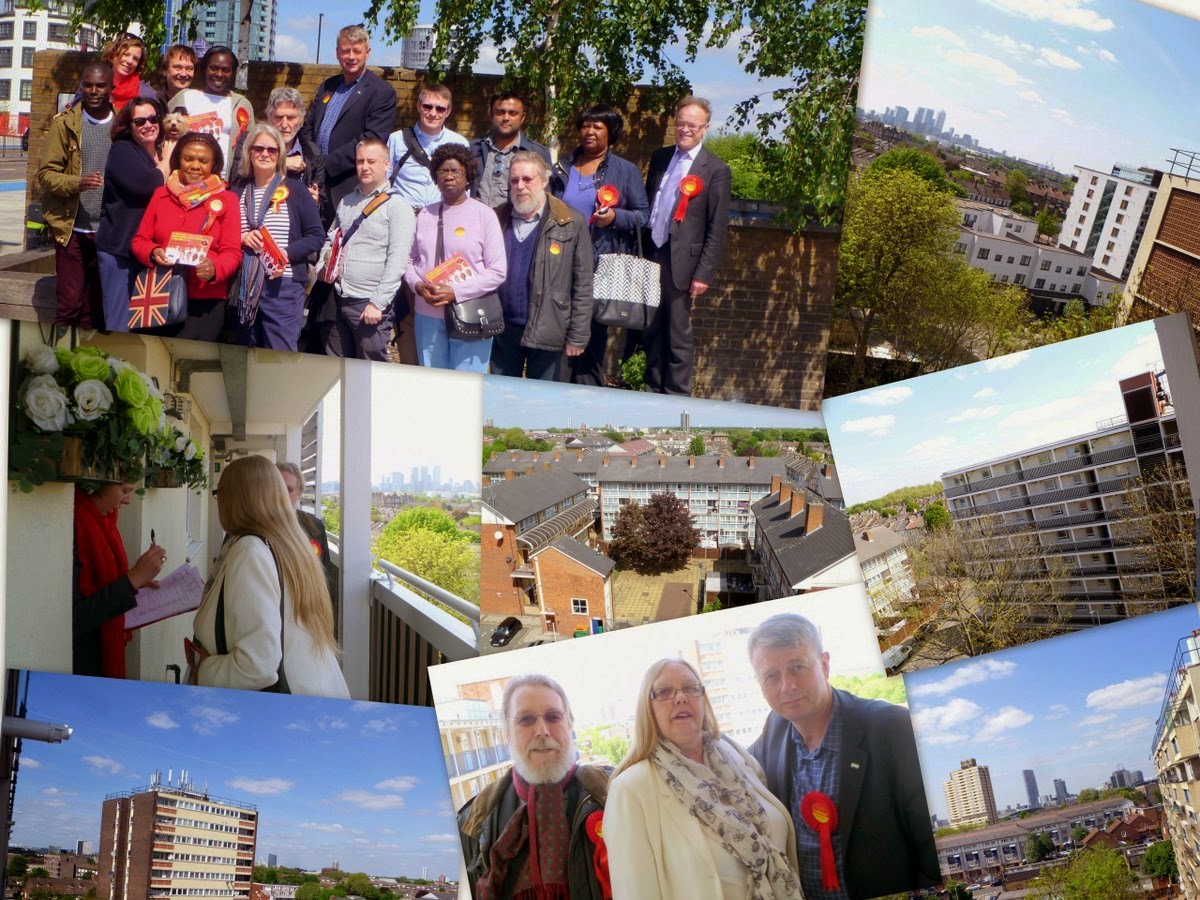 This morning and afternoon we went door knocking in some of our West Ham ward high rise and tower blocks.

We had been keeping them back this campaign to canvass when it has been raining but so far (touch wood) we have been really lucky with the weather.

During our lunch break I went with my fellow West Hammer candidate, John Whitworth, to Stratford ward who had a "Super Saturday" with our MP, Lyn Brown, (and Cara the Labour attack dog).

I spent some time with an elderly resident who has lived in her block for 50 years. Who wanted to tell me what life was like when she first moved into West Ham. She still likes living here and her neighbours but due to mobility problems finds it hard to go to the supermarkets in Stratford.  She  wishes that all the local bakeries, greengrocers and butchers she remembers from 1964 were still around.

I also had some good natured banter with some cheeky West Ham youngsters playing football in the street who with glee rescued our canvass team when we got locked inside a communal garden area.

While many things have indeed changed in the last 50 years, I bet that the kids playing football in Cridland Street, E15 have changed not one bit.

Click on photo to bring up detail.
Posted by John Gray at Saturday, May 03, 2014