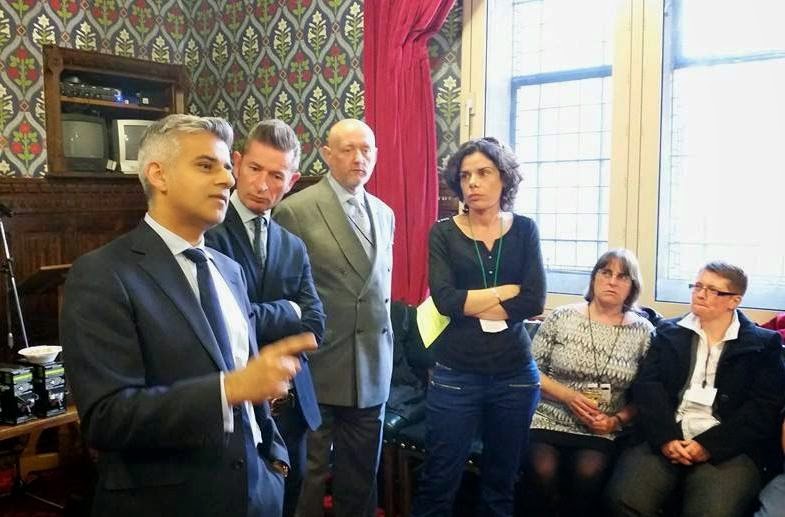 "To the blast of heavenly trumpets, the long awaited London Region LGBT Committees finally had its event in the Jubilee Room of The House of Commons last Wednesday 14th of May.

We had over 90 people register which also included members from PCS and Unite but it was mostly Unison members in attendance. This event was aimed at encouraging all LGBT Unison/Labour people to get out and help us on the doorstep in local wards or help out in key wards around London and get the Labour message out and challenge the nonsense being peddled by UKIP in particular.

We were all extremely encouraged by Sadiq Khan MP who kindly hosted this event for us and gave a very encouraging speech reminding us to help out as much as possible. We were also very fortunate to have Amy Lame as a speaker who talked about, in particular, the lack of Lesbians in public office reminding us that there are only two out Lesbians returned at the last election. We all wish Amy the best of luck in her efforts to find a parliamentary seat and of course we will all do our best to ensure her success.

Deirdre Costigan, co-chair of Unison National LGBT Committee was the final speaker and urged people to sign up to commit in helping Labour win as many seats as possible in the local government elections and also ensuring that Labour continues to have strong representation in Europe. Deirdre continued to remind us all of the potential damage UKIP could inflict on the country with any gains and also of their many well documented racism and homophobia incidents by their candidates. 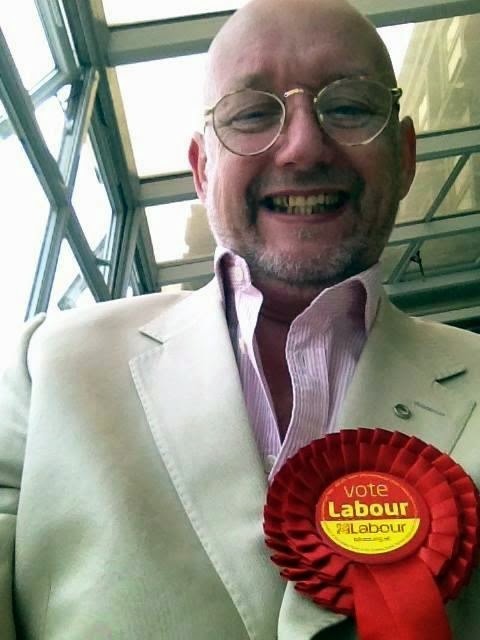 Sadiq Khan is indeed a great example of how key muslim leaders are encouraging and facilitating LGBT visibility in public office which dismisses the right wing Islamaphobic propaganda that all Muslims are homophobes, Sadiq is certainly not homophobic.

I want to thank Karen Westwood, who is one of Unison regional officers and John Gray, chair of the London Region Labour Link committee for helping us in finally getting this up and running.

Given the success of this event we will want to repeat this, hopefully next year as we approach the general election". Gerard McGrath (picture left)
Posted by John Gray at Saturday, May 17, 2014