My own family immigration story 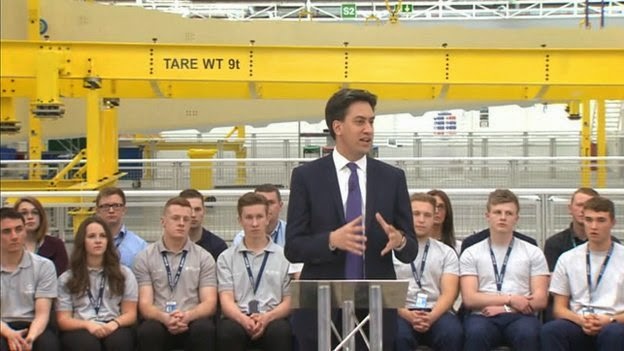 In a major speech on immigration, Ed (the son of immigrants) made it clear that "We will never again turn our backs on people who are worried about immigration. But neither will we turn our back on the rest of the world."

He also said with regard to wages, terms and conditions  "We need to stop a race to the bottom between British citizens and workers coming here from abroad".  I think that no-one can really disagree with what Ed said but perhaps he ought to make it a little more clear that immigration isn't always a bad thing and has been part and parcel of British life for generations.

My father use to work in that factory in Broughton as an aircraft electrician. He was born and brought up in Scotland and came down to North Wales to find work.

When I was growing up in that part of North East Wales in the 1980s's the male unemployment rate was about around 33% due to the closure of local steelworks and textile mills. Being not technically minded, I had little choice to move out of North Wales to find work. For the last 26 years I have lived and worked in London.

My brother-in-law was born in the East Midlands and is an aircraft technician. He has worked as a  contractor in the same Broughton factory, off and on, over the years in-between other contracts with Airbus in France and Spain. His son is currently working in oil exploitation off the coast of South America.

While I think that we need to have honest and more open debates on immigration we also need to recognise that most of us, especially in London, are immigrants in one way or another.
Posted by John Gray at Friday, May 16, 2014