What have the Unions ever done for the Labour Party? 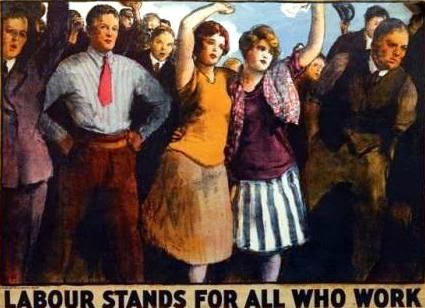 I will be attending the special Labour Party Constitution Conference on 1 March as a delegate of an affiliated Trade Union.

While I don't think that unions are perfect nor that we should be scared of any debate about our role or influence on the Party. I do wonder why there is such a negative image about the relationship between the Labour Party and the trade unions?

It makes me think - what exactly have the (affiliated) trade unions ever done for the Labour Party?

Well, apart from the bleeding obvious (trade unions formed the Party, supply most of its money and many of its leaders and activists) the union block vote has also saved the Party from destruction on a number of occasions in its history.

In 1935 at its Conference, the unions saved the Party (and maybe the Country?) by voting against pacifism and in favour of the UK rearming against Nazi and fascist aggression. The Party Leader at the time was a local hero of mine, George Lansbury, who was a true London east end principled socialist. However, he also unfortunately believed that the way to deal with the Nazi threat was to try and convert Adolf Hitler to Christianity. The unions thought otherwise.


t Ermin’s Group
In 1983 the Labour Party Conference upheld the decision of the National Executive Committee to expel from membership the leadership of the ultra left entryists, Militant Tendency. Two thirds of constituency delegates voted against the expulsions but the unions cast their block votes in a card vote and kicked them out.

While not denying there has been own goals (1978/9) I could go on and on about what the unions have done for the Party. The union influence in the Labour Party is its anchor to working people and while this relationship will evolve and change, we meddle with it at our peril.

I hope and expect that the unions and the Party will come to an agreement about the latest development in our common future and we can put this matter to bed. We can then all concentrate on the real enemy and get rid of this vile right wing Tory Coalition Government. .

Personal views as always. Check out my favourite video on what the unions has ever done for all of us.
Posted by John Gray at Friday, January 17, 2014

Delegates heading for the venue at "ICC London" should get off the DLR at Prince Regent, not at Custom House.
DLR trains bound for Beckton at the weekend leave both Tower Gateway and Stratford International every 10 minutes, Canning Town every 5 minutes.
If I was arriving in London at St Pancras or Kings Cross, I would have a through ticket to Stratford International and get the DLR from there.