West Ham "on the knocker" in Thurrock for "Cost of Cameron" Day. 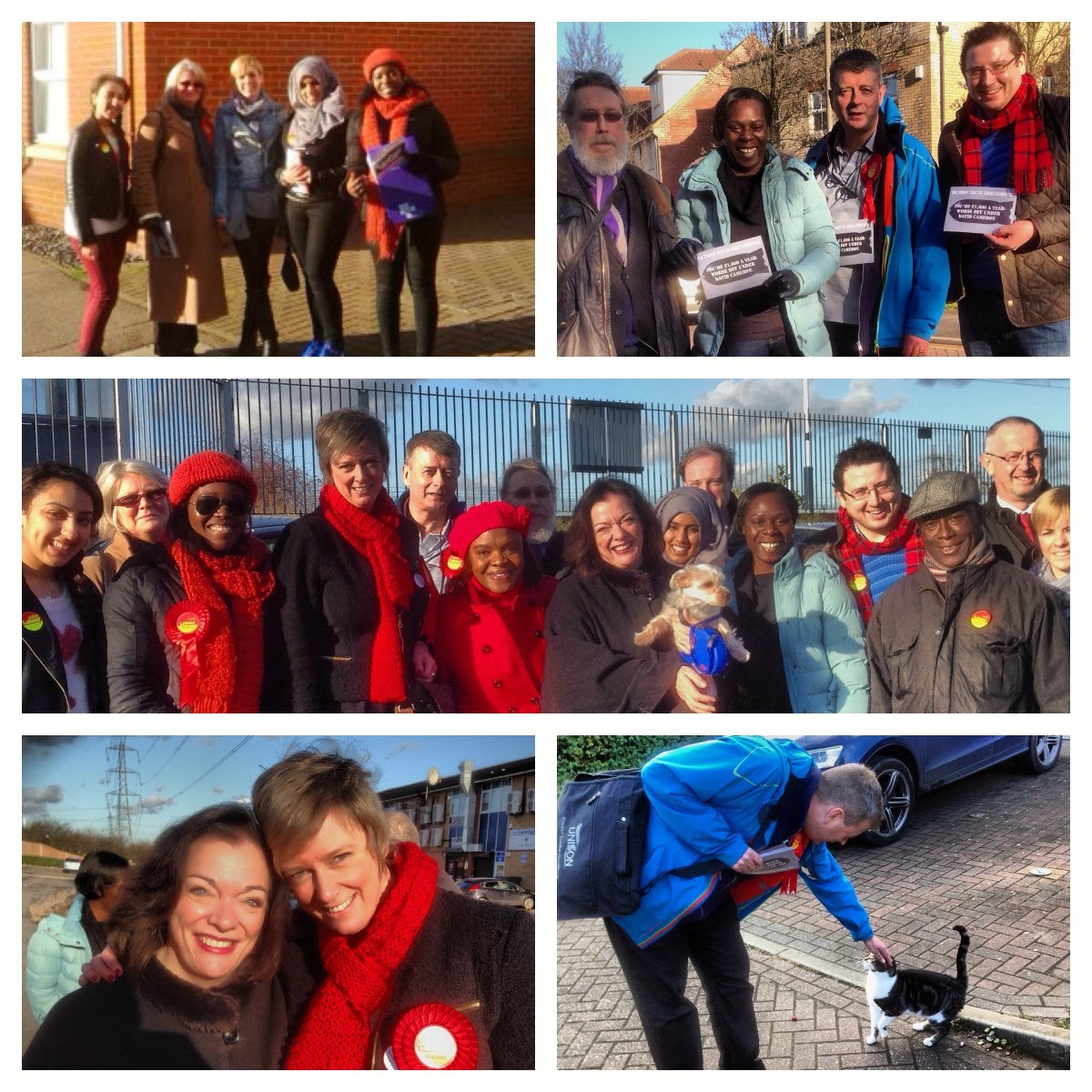 Today was a busy #CostofCameron day for West Ham Labour Party and other activists up and down the Country.

The Party targeted 106 marginal seats nationally and we locally went out to help comrades in our sister CLP in Thurrock, Essex. The aim of this campaign day is to speak to voters about why they are suffering a cut in their income due to this Tory Cost of Living Crisis.  Unlike (my view - see link) the "Fat Cat Executives" whose money has gone up and up at our expense.

Beforehand there had been a canvassing training session organised by West Ham Women's Forum. I had my ward surgery then at 11.30 (ish) 15 of us drove to Thurrock (others made their way by train).

The weather was glorious, perfect for being "on the knocker" - blue skies and thankfully dry. We divided into 3 teams and I was with John Whitworth, Charlene McLean and Gordon Miller.  Our MP Lyn Brown and local candidate Polly Billington led another team together with Thurrock activists.

Our reception was pretty good. A little different than canvassing in West Ham with its largely rock solid labour support but on the whole residents were pretty cheerful and even seemed to be pleased to see us! Even the odd Tories we came across!

The ward we were canvassing is currently Tory and based on previous experiences of campaigning out of London over the years I thought that we did pretty well. It was only one afternoon but I do think that even traditional Tory supporters, who are feeling the pain of year after year of pay cuts are starting to twig that a government that only delivers for the rich and not ordinary working families is frankly not worth supporting.

I am more and more convinced that 2015 is going to be about "the economy stupid" and while the NHS, Housing and Education will be important the Party that can persuade voters that they can put more money into their pockets and purses is going to win.