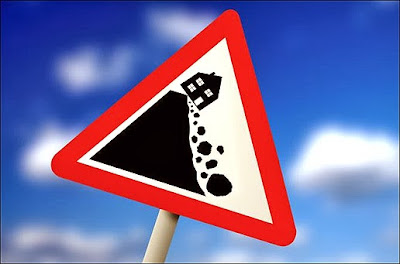 Steve Hilditch from Red Brick New Year's message yesterday on the danger of this largely "Artificial and temporary recovery based on property inflation" is a welcome warning.

The Government flagship "Help to Buy" programme is helping to overheat the already unaffordable property market in London and the South East and push prices even higher.

Even that well known lefty organisation, the Institute of Directors thought that the introduction of "Help to Buy" meant "The world must have gone mad".

What on earth is going to happen when interest rates rise? Which they will as surely as winter follows summer.

BBC report "The number of people using more than half their disposable income to repay debt could rise from 600,000 to a 1.1 million by 2018 if interest rates rise to 3%, said the Resolution Foundation.
If rates hit 5%, two million households would face huge repayments, it said".

If (when) rates increase people will not be able to afford their payments and they will default causing house prices to crash.

Bank of England interest rates are currently at a historic low of 0.5%. The governor has indicated that he will increase rates when unemployment is below 7%. Unemployment is now 7.4%.

I can remember the housing crash of the early 1990s when the value of my property halved. It took years and years before it came out of negative equity.  Remember in 1991 interest rates were 15%!  15% is unlikely now but 5% is a long term trend. If you buy a property think whether your could afford it if rates doubled.

What this Government is doing is helping vulnerable first time buyers into negative equity. All for the sake of a boost to their election chances in 2015.