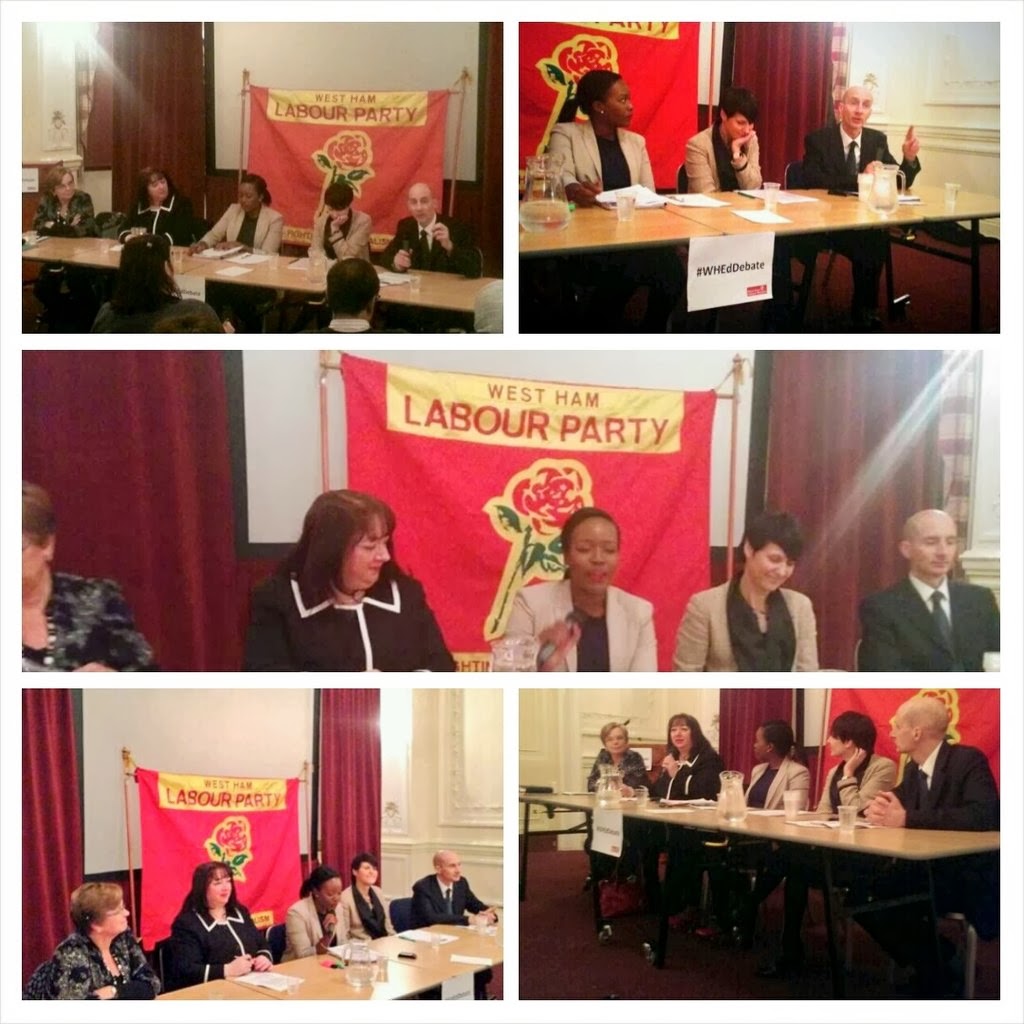 Check on this report on last week's West Ham Labour Party debate on Education. This was hosted by the Women's Forum and took place at the Old Town Hall in Stratford.

The author, Rania Ramli is a student and Young Labour member of West Ham ward.

"The speakers were Lord Andrew Adonis (the driver of the Academy program in the UK), Sharon Hodgson MP (Shadow Minister for Women and Equalities and Former Minister for Children and Families), Professor Becky Francis (Professor of Education and Social justice at Kings College University), and Dianne Walls (who has taught in the East end for over 40 years and who is currently a school governor for Chobham Academy).

The main objective of the event was to reflect on Labour’s legacy with regards to education, and discuss the stance that the party should take in developing a new policy".  Chaired by
CLP Women Officer, Seyi Akiwowo (also West Ham ward).