Another day, another reason why the ABI is a self serving cartel ripping off UK pensioners 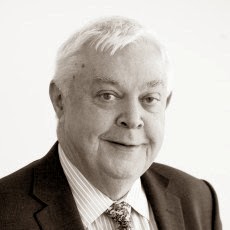 Check out Con Keating's brilliant rebuttal on Henry Tapper's blog of the latest attempt by the greedy cartel also known as the Association of British Insurers (ABI) to justify the ripping off of British pensioners.

I am amazed that otherwise decent and respectable insurance companies soil their reputation in this way. Their lust for excess profits from their rip off charges in the DC pension business mean they defend the indefensible and attack new better value ideas such as "Collective Defined Contributions schemes".

You are forced to conclude that the senior managers of insurance companies are far more concerned with their inflated pay and bonuses than the interests of their poor (in the true sense of the word) policy holders.

Personally, I hope a future Labour Government will break up this cartel and separate the insurance and pension industries. There are clear conflicts of interest.

This has to be a new low for the ABI.

Before Christmas Otto Thorensen wrote to me saying he was determined to get on the front foot in 2014.

If this is the ABI being positive, I wonder what they'll be like if ever we see a Tory Government

Cheers Henry. Its just naked greed and self interest. Making as much money as possible from rubbish products and using their insurance brand names to fool pension policy holders.