Hayes and a Pioneer of Council Housing 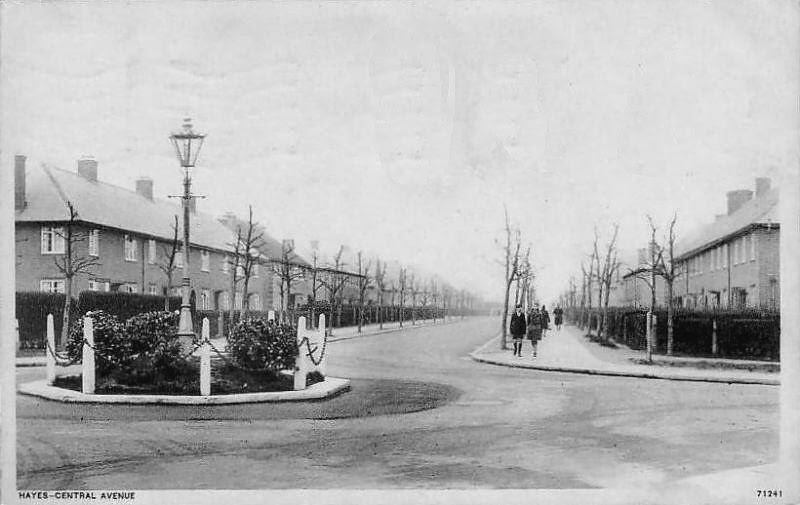 I have been meaning to cross post this charming story of early London municipal socialism from "Hayes People History" for a while.

Councillor Robert William Gunton was a Civil Servant who came to Hayes which is now in Hillingdon, West London in 1913.  He became Chair of the Council in 1917.

Hayes was one of the first Labour Councils in Britain who as early as 1914 appointed "a sanitary inspector to "compel landlords to put their houses in a proper state of repairs".

In April 1919 Gunton was involved in ensuring "May Day" became an official Council holiday, seconding the resolution he referred to Oliver Cromwell having done away with it because of heavy drinking. "They had reached a stage he thought when working class did behave themselves better". Hayes became one of the first councils in Britain to allow their employees to enjoy International Workers Day, May 1st as a public holiday.

It was Councillor Gunton who moved the resolution at the Special Hayes Urban District Council held on 12th July 1919 not to participate in the national "Peace Celebrations" on July 1919, on the grounds of cost and glorification of war, an all most unprecedented move.

Gunton with other local councillors pioneered the Building of Council Housing in Hayes. He was Chair of Housing when in 1920 Dr Addison, Minister of Health laid the first brick of a planned 2000 home estate.

The first building contractor was a certain Robert McAlpine!

"Each Council house was estimated to cost £675 and it was expected that two houses a day would be built, however due to the shortage of bricklayers they initially completed just three quarters of a house.

The situation with the bricklayers took a disastrous turn in April 1920 when the bricklayers went on strike. Councillor Gunton once again came to the rescue and secured agreement from both sides to end the dispute winning the praise of Sir Robert McAlpine.

Councillor Gunton was keen that the new Council estate would enjoy facilities such as shops as well as a Council run Cinema and a Public House (Pub) run on the Carlisle lines (Carlisle had successfully and profitably put its pubs under state control during the war to regulate alcohol especially spirits consumption as a safety measure as Carlisle was a Munitions town).

But not everyone supported the Council Housing scheme the local Conservatives argued that the workers houses should be built by factory owners and not paid for by the ratepayers.

Such was the support for the Council housing scheme locally that by April 1920 the local newspaper could announce that every member of Hayes Council was now a Labour Party member - 100% Labour.

In January 1921 Councillor Gunton could claim with some justification that

The Council house scheme was so popular, that delegations flooded in to see the developments, delegations from councils across the United Kingdom and as far away as America Austria and Japan.

Despite the cost, Councillor Gunton could boast in 1924 "The Labour Party was generally associated by the reactionary press with high rates, well the rates in Hayes did not happen to be high rates".

Given Councillor Gunton's role in pioneering and securing large scale affordable and good quality housing for many generations of Hayes residents, it is a shame his work and deeds are not better known.