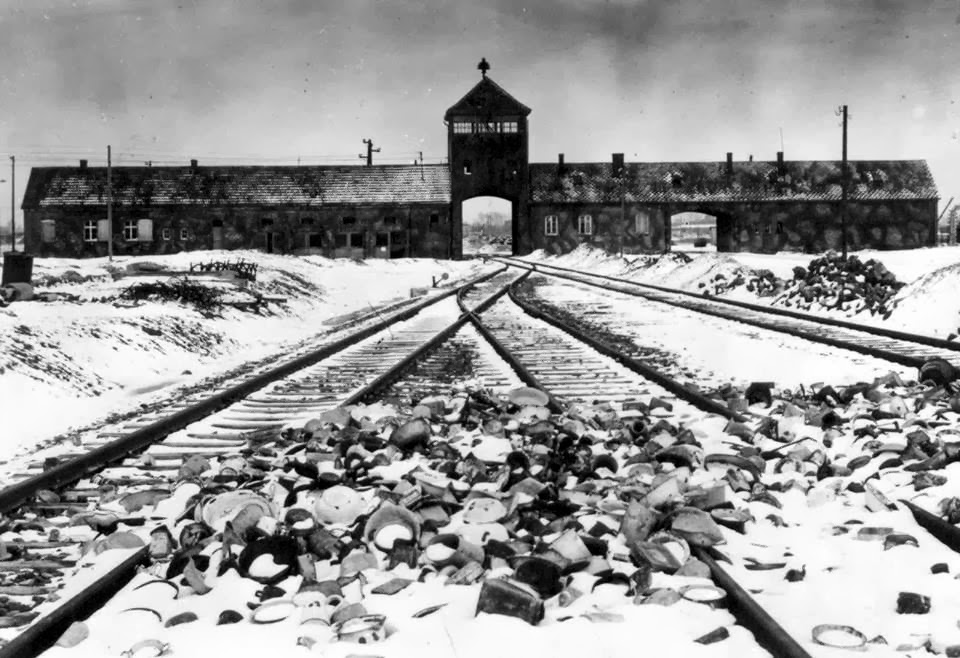 Today is Holocaust Memorial Day which is held on the anniversary of the liberation by Soviet Troops in 1945 of  the Auschwitz concentration camp.

This morning the new Chief Rabbi Ephraim Mirvis spoke on "Thought for the Day" (Radio 4 "Today" programme) about his Great Uncle, head of a Jewish seminary in Lithuania who while trying to arrange an escape route for his family and students from advancing German forces became separated. He only found out at the end of the second world war that his students, staff, his wife and their 10 children were all murdered by the Nazi.  A shocking story.

We must never forget the unique evil of all forms of fascism.
Posted by John Gray at Monday, January 27, 2014