Why is this government destroying Pensions, Charities and Jobs? 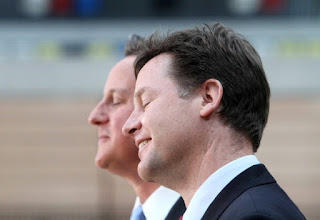 This morning I read about the Charity "People Can" being forced into administration and 300 jobs being put at risk.

I don't know all the reasons why this has happened but we are told it was due to its "pension liabilities". Whatever that actually means?

But I do know that the charity and its workforce protects victims of domestic violence, stops ex-offenders reoffending and gets the homeless into secure and safe accommodation.

The  Administrators, PriceWaterhouseCoppers (PWC), is not of course an evil organisation, however is not that well known for its concerns about battered women, ex-cons wanting to go straight or homeless kids desperate to get off winter streets.

It is known that "People Can" has a history of financial insecurity.  But I wonder what is the real reason for the "pension liabilities" (or deficits) in the first place that are supposed to have led to the potential sackings and loss of vital services? Was it due to inadequate financial planning or that its defined benefit pension scheme was in some way unsustainable?

No one has mentioned either about whether the pensions of the charity staff are truly safe or are they being subject to the tender mercies of the "Pension Protection Fund"? The PPF is a "good thing" but do not think for a moment if the PPF steps in that you have nothing to worry about your retirement. You do.  If you haven't already retired you may find your future pension significantly reduced.

My biggest gripe is that this closure and threat to peoples pensions in "People Can" and elsewhere could be based on complete and utter stuff and nonsense.

Due to outdated and deficient accountancy rules called "Mark to Market", perfectly good defined benefit pensions schemes are going to the wall. Sometimes bringing their organisations down with them. For no good reason. Perhaps we ought to shout out the emperor has no clothes – these so-called pension deficits are not real! They do not reflect the true future costs and liabilities facing pension schemes.

Schemes usually have to price these costs according to the return on Government loans called gilts. Due to our abnormal economic conditions these gilts currently have negative prices. This means scheme deficits have increased massively and have nothing to do their underlying strengths or weaknesses.  Quantitative Easing (QE) by the Bank of England is making things even worse. This has resulted in gilts yields being in even more La La land. They are at a 200 year financial low.

Everyone knows this but why is it allowed to happen and destroy perfectly good pension schemes and then make its members live and die in poverty? Even worse, relying on the tax payer to subsidise poverty employers who pay their pension pittances. Is this the sort of society that we really want?

The government has committed to act on this but has just  failed to do so! The Pension minister Steve Webb promised in June to do something about what he called this "nightmare" which is "killing" perfectly good pension schemes and that he would "not idly stand bye" and let this happen.

I'm not holding my breath Steve. Many more jobs, services and decent pensions schemes will not last, unless you, Clegg and Cameron get their fingers out and do something.
Posted by John Gray at Wednesday, November 21, 2012