Winning in 2015, the Beveridge Report and Xmas Nosh 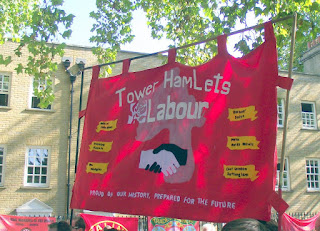 The great British novelist Aldous Huxley once said, "that men do not learn very much from the lessons of history is the most important of all the lessons that history has to teach." Help prove him wrong:

Join us to hear from Jon Trickett MP, Shadow Minister for the Cabinet Office, on how Labour can win the next General Election by learning lessons from the electorate of the past.

Liam Byrne, Shadow Secretary of State for Work and Pensions on the Beveridge Report, 1 December on 11am -12pm.
Toynbee Hall is hosting a series of free policy lectures to mark the 70th anniversary of the Beverige Report, and to contribute to the critical debate about the future of the welfare state.

On December 1 1942 the Beveridge Report set out the makings of the welfare state - and since then Britain has changed dramatically. Exactly 70 years on, Labour's Liam Byrne will give a keynote speech in conjunction with historic Toynbee hall and the Fabian Society as he sets out how we can build a system of social security fit for the challenges of the 21st century.

Tickets cost £25 and £18 for concessions. More details to be announced soon including special guests. Please e-mail James King jrvking1990@gmail.com for more details or sign up at
http://thlp-fundraiser.eventbrite.co.uk"