Newham History Society: "Up the Hammers" and East London Floods 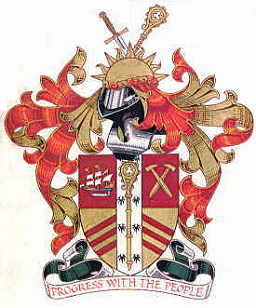 On Tuesday evening I went to my first meeting of Newham History Society. It took place at the Didsbury Centre in East Ham and the speaker was  Mark Watson from the Vallence House Museum in Barking.

Before he spoke, members of the society gave a short "plug" on historical books for our area.  "Up the Hammers" which is about the West Ham Pals battalion in the First World War & "Borough over the Boarder" a history of West Ham.

Mark spoke very well about the history of flooding in Newham, Barking and Dagenham marshland from the Iron age to present.  I did tweet during his talk which you can see here on my twitter account for 13 November.

I was not aware that it was possible in Tudor times for King Henry VIII to sail his fleet right into the centre of Barking.

That during Victorian times "busting up" was a favourite children's game during the summer, when they would look for the dead and decomposing bodies of dogs and pigs floating in the marsh and throw pointed stones at them to try and "blow 'em up".

Nor that Welsh drovers use to herd thousands of cattle to the marshlands to fatten them up for sale and that Dagenham use to be regarded as a healthy place to live and visit since it was so windy! It was also an area where rich families use to have rural summer cottage retreats. Just like nowadays!

The meeting was well attended with about 30 residents present. There was tea, coffee and a raffle.  The  Society normally holds its meetings on the 2nd Tuesday of the month. Well worth a visit.
Posted by John Gray at Thursday, November 15, 2012

Been meaning to get down to a meeting for ages, juggling everything else I'm doing. Can barely manage to look Bryan Collier in the eye, but mention of tea and raffle might have swung this (well if they throw in a few biscuits!!)

I'm sure that you will enjoy Sue (and that there was biscuits!)