The Root of all Evil in the Local Government Pension Scheme 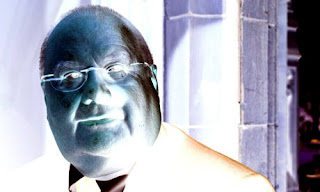 The Pensions Institute last week issued a very provocative report which does raise some important points about process and scale but misunderstands the real nature of the governance deficit in the LGPS (in London and elsewhere).

Which is Councillors have a clear fiduciary duty to Council tax payers, but pension funds should (must by European law) be run in the interests of beneficiaries not employers. This dichotomy does mean that some LGPS schemes have indeed made poor decisions based on Council tax considerations. However, this is not just a “London thing” and some of the larger schemes have faced similar accusations.

Member nominated trustees and representatives (MNR) have a real interest and “ownership” of their schemes. The trustee model has its faults but on the whole has worked well over the years in trying make sure that pensions schemes are well governed and principles are not ripped off by agents. We need to do much, much better, but if you have no effective beneficiary representation on schemes and also a fundamental conflict in fiduciary duty then no wonder some of them go astray.

The answer is to mirror the best practise in private sector DB schemes and have statutory beneficiary representation in the LGPS as well as employers. The fiduciary duty of all representatives must be to the beneficiaries.

It is disappointing that this Pension Institute report has not had any input at all from existing LGPS beneficiary representatives nor does it make any reference to the changes already agreed to the scheme such as theire will be an employer contribution “cap and collar”. This is probably the most significant development in LGPS governance in decades.

I must admit that the “evidence” in the report for the serious “wrong doing” suggested is pretty weak and antidotel. It may or may not be true (and I strongly suspect some of it is) but I wonder if this aggressive approach is the best way forward to win hearts and minds for change?

As s LGPS activist for a number of years, I would also disagree that elected Councillors are “dominant” on London schemes. In fact I will say the opposite and it is professional advisors and Council Officers who are dominant (and in that order). That makes for more potential fiduciary conflicts.

It is illogical to complain of Councillors dominating schemes when at the same time arguing that their 4 year election time span is too short? This is also obviously not just a problem in London and is another argument for MNR to play a positive role like they do in the private sector schemes. MNRs are also more likely to provide continuity. Since I have been a MNR in my scheme in 1996 all the original Councillors, Officers, professional advisers, actuaries and fund managers I first worked with have long gone.

Scale is a crucial issue but it is also one for the private sector. Having 101 pension funds sharing £150 billion is inefficient but what about the hundreds of thousands of tiny private DB/DC schemes? What about the billions invested in contract schemes which have no independent oversight or beneficiary governance?

No recognition either that the way pension liabilities are calculated in the public and private sector schemes is  a complete nonsense due to low gilt yields. Yet they are driving repayment plans and long term asset allocations.

I also wonder about the tabloid references to “gold plated pensions” and “DB in the private sector is dead” (in press release)? The average pension for a women retiring from the Council in 2011 was £2780 per year? Hardly “gold plated”, also there are still 3 million workers in the private sector accruing DB pension benefit. As well as 25% of the LGPS who now work for private organisations?

Just because in the private sector it is now the fashion for many employers to turn their backs on their workers and are seemingly quite happy for them to retire and then die in poverty, doesn’t mean that it is a good thing for teacher assistants, cleaners, clerks and road sweepers to have the same fate?

The taxpayer of course has to subsidise these bad employers and pick up the bill for their poverty pension provision. This will have to change and the reintroduction of DB into the private sector is the only way it is going to happen.

I am also surprised to the reference about the discredited Channel 4 programme and the supposed link with LGPS and Council tax? I think I am right that 80-90% of Council income comes does not come from council tax e.g. Government grants, business rates, charges, fees etc. How is it therefore relevant to link LGPS contributions only to Council tax?

In short I am glad that this report has meant that long standing concerns about LGPS governance being fit for purpose are at long last out in the open. Yet it has ruffled feathers amongst those who are broadly supportive of change and has failed to take on board the argument that it is the democratic deficit that is the root source of most if not all evil in the LGPS.
Posted by John Gray at Monday, November 19, 2012