Some good news on housing workers pensions! But... 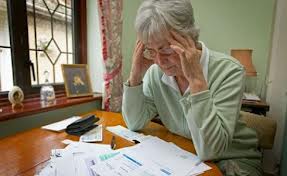 This is a rather rare title for a post on pensions! However, well done to Housing Association Plymouth Community Homes who have decided to keep their 60th Defined Benefit scheme with the Social Housing Pension Scheme (SHPS) open and absorb the extra costs imposed by the SHPS.

There are still some changes which UNISON members are unhappy about such as move from RPI to CPI and the charging of pension contributions while on maternity leave.  But PCH obviously care about their workforce and take their duties as a responsible employer seriously.

They do not want their employees to retire and die in poverty. Unlike some it would seem who not only want to close their Defined benefit (DB) scheme but replace it with a pittance of a Defined Contribution (DC) scheme. In a recent report by a leading Actuary, in a DC scheme you would need to invest 22.9% of your pay to get 53% of final salary pension (twice as much as a DB scheme!).

Yet some employers are proposing to pay only the new national legal minimum of 3%. This will mean as mentioned above that their staff will not only die in relative poverty in their old age but the taxpayer will also have to subsidise their pensions to keep them out of absolute poverty.

SHPS and its parent organisation, the Pension Trust, tries to justify increases in contributions by pointing to a supposed rise in "liabilities" (the future expected costs of giving members pensions) yet even the Pension Minster, Steve Webb MP, recognises that the way we calculate pension costs is practically meaningless and is destroying perfectly good pensions schemes.  He has committed to change.

Employers need to get a grip and challenge the assumptions being made and the contributions they or their employees are being expected to make. I am not at all convinced that this contribution rate increase requirement by the SHPS is at all necessary and I hope they seriously take this up with them.

I am dismayed that SHPS are not engaging with UNISON's proposals about practical alternatives to contribution rises. The Local Government Pension Scheme is very similar to many SHPF schemes but has been able to avoid increases in contributions for most of its members by working in a partnership with the trade unions and employers. This has brought about radical but thoughtful and intelligent change.

There was no consultation with the trade unions whatsoever by the SHPS before they decided what they wanted to do and no interest shown in any real partnership working.

One of the irony of ironies is that a major reason why some SHPS employers want to close their scheme to existing members is because they have closed it to new members joining. Quite rightly pensions contributions have to be increased if a fund is closed. SHPS have to charge more (I think 3%) since in any closed scheme the investment returns will be lower and the costs higher. This is just madness. Why condemn your staff to a miserable old age for nothing? Cut costs and re-open those schemes to new blood.

Closing your DB scheme does not make it any better, it does not get rid of any deficit (real or otherwise) it just makes it worse. Increase contributions on your staff by too much and they will just walk away from it, the scheme will then fail and the employer will be left to carry the can.

UNISON has recently published an excellent guide on the proposed changes to SHPS and later this week we are holding a national training event in London on it.
Posted by John Gray at Tuesday, November 13, 2012