The Madness of "Mark to Market" Accounting: Destroying our Pension Futures 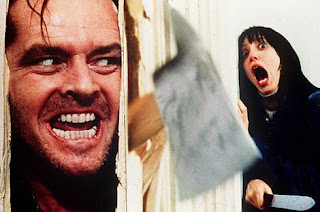 Last week I heard that one of our employers wants to meet my trade union branch to "discuss" closing their defined benefit pension scheme. At the same time an union pension trustee colleague sent me this link to an article by the "Daily Telegraph" on defined benefit  schemes struggling to stay open.

The article itself was as usual for the "Torygraph" ill informed and biased, shaped by the self interest of it's owners and its advertisers' but what I found interesting was in a on-line comment by "mchenry" about final salary schemes.

I support mchenry's argument that a key reason why private companies have been closing their  pension schemes and therefore creating "penury for millions of ordinary workers in the future" is not to do so much with people living longer or the (mistaken) past taxation of pension funds but instead it is "a frankly insane requirement to value long term liabilities spread over decades via volatile short term measurements". This is the legal accounting requirement of pension schemes called "Mark to Market" (or even more laughable - "Fair value") Accounting.

What this means is that pension fund liabilities (the promises made so far by the scheme to pay pensions now and in the future) which may be spread over the next 60 years are costed using completely daft and inappropriate means. UK Government bonds which are currently on a 200 year all time historic low have to be used to price the future cost of pensions to the scheme even if this notional cost is decades and decades from now.

Would you take out a £150k mortgage to buy a house if depending on events entirely out of your control this mortgage liability could just jump up in a matter of months to £300k? Also if your credit rating was based on your ability to pay all your loans and mortgages off immediately - would you be declared bankrupt?

Which is all completely and utterly bonkers.

"Mark to market" accounting makes it appear that perfectly good pension schemes are in massive deficits. These "deficits" have also been completely unpredictable and volatile in recent years and months. Since the so called "deficits" must appear on the company accounts, no wonder some finance directors  panic.

Not only this but because of these entirely artificial measurements the investment policy of pensions schemes is being driven entirely off course by this "funny money" calculation.   Schemes may be tempted to take all sort of riskier investment options or even buy totally unnecessary insurance policies to reduce these artificial "deficits".

Look, there are huge problems and challenges that defined benefit schemes need to face. But we need to deal with the real problems of uncertain market returns and longevity not stupid accounting rules  no matter how well meaning. Unless we sort this out millions and millions of Brits will be spending the latter part of their lives in the misery of abject poverty.