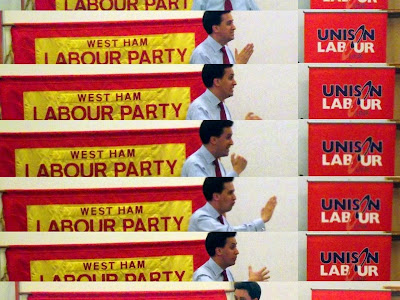 Ed Miliband's announcement today that he supports a cap on political donations of £5k as long as trade union levy payer are allowed to affiliate for £3 each per year could be a basis for some sort of compromise over political funding. A £3 per year levy would work out at about 5 new pence per week (a shilling in old money).

On the one hand I still think what on earth it is the business of anyone but trade unionists how much and where they democratically decide to donate their individual (tiny) affiliation fees?

But I do accept that British democracy has to do something about this cancer of big business and the super rich bankrolling British politics.

Of course the Tories are already being dismissive of Ed's proposals and instead of a £5,000 cap they want a staggering £50,000 individual cap (or £500k for a couple during the course of one government)! Which is just corrupt and corrupting. Not good for any democracy. Sensible Tories know this.

There are significant risks for the trade unions in agreeing to stop making extra contributions on top of levies but also I think huge opportunities.  The affiliated unions would have to really concentrate on getting our members to join and participate in the Party in order to progress our values and beliefs. We also have some Labour politicians who pay lip service only to the trade unions and if they want out support will have to get out and do things rather than stand back and just take us for mugs.

The clever money (pardon the pun) at the moment is that the Tories will just refuse to come to a consensus and will try to impose something that suits them. Which I think is plain wrong and stupid. We need to sort out this funding mess. Decent Tories (and there are one or two) hate the idea as much as I do that many of our people (not all) think our political system is abused by the rich and the powerful and is therefore discredited. This is damaging and must be dealt with.

These extremely modest proposals by Ed can potentially only do good.
Posted by John Gray at Sunday, April 15, 2012

Don't say Levy. It ain't in the rules or the law.

Affiliation fess are not donations and are much closer to individual membership subs.

well, yes but I don't think it changes the basic argument?